Politics and the Art of Made-Up Science

I don’t know why you watch presidential debates—the politics, the personalities, the crowd-control challenge of finding room for 736 candidates on a single stage. But I watch it for the science. And by that I don’t mean fusty, old school, empirically provable science. I mean the looser, freer, make-up-your-own-mind science—science as the Founding Fathers intended it.

Last night, that was in scant supply. Where was Marco Rubio waffling about the age of the Earth? Where was Rand Paul insisting that vaccines cause autism? Where was Ben Carson arguing that homosexuality is a choice?

Paul went all wobbly, surrendering to the tyranny of “facts,” the unanimity of peer-reviewed research (who are these unnamed “peers” anyway?) and conceded that no, the vaccine-autism link does not exist. Ditto Ben Carson. Both men did show some spine, continuing to argue that parents should be able to choose the number and timing of vaccines, a position generally rejected by…oh, what are those people called again? Ah yes: pediatricians.

And so it was left to Donald Trump to carry the mantle, to prove that the billionaire little guy won’t be pushed around by ivory tower elites like epidemiologists, virologists and molecular biologists.

“Autism has become an epidemic,” Trump said. “Twenty-five years ago, 35 years ago, you look at the statistics, not even close. It has gotten totally out of control…I’ve seen it…Just the other day, two years old, two and a half years old, a child, a beautiful child, went to have the vaccine, and came back, and a week later got a tremendous fever, got very, very sick, now is autistic.”

It was perfect. It was poetry. It had everything: Correlation (none of that pesky causation), anecdote, untrained observation, the sample group of one. That’s what I’m talking about. That’s the science of the frontiersman, the free-thinker, the man who won’t be constrained by little things like universal factual consensus.

Yes, there was a time when science was a nonpartisan matter, a time we could all join hands at the same periodic table and thank our lucky stars (an agreed-upon 300 billion of them in the Milky Way) that some things are above politics. But fortunately, that dark era has passed—and while it’s the Republicans who take most of the credit for this, they’re not alone.

Hillary Clinton and Barack Obama both once pointed at vaccines as a cause of autism—though they’ve both come around. And coal state Democrats (at least the last few breeding pairs left in the wild) are not a bit shy about calling climate change a hoax.

I, for one, have gotten sick of Big Physics forever telling me that objects in motion must remain in motion unless acted on by an outside force. Who says? Moving or not moving should be a family’s choice. But it’s not—not anymore. And why? Follow the money, people. How much is the seat belt industry paying the physicists to say things like this?

And what about Big Gravity? Do you have any idea how many Americans are injured every year in household falls? You know who’s cleaning up on all this? The hospital industry and Big Pharma, that’s who. Newton, Einstein, Alinsky—connect the dots, folks.

As for climate change? Well, there’s a little thing called the 10th Amendment, isn’t there? So let the local governments decide these things. What’s right for Hawaii isn’t right for Alaska, and climatologists have no business making one-size fits-all rules.

There’s still more too: let’s deregulate the speed of light (makes that flight to the coast a whole lot faster); repeal the laws of thermodynamics (goodbye heat waves); secure our borders so that hurricanes that start off the coast of Africa don’t wind up in Florida; and at long last stop the runaway growth of pi (3.15 is just fine).

It’s time we got science out of the hands of Washington (and Caltech, MIT and Stanford too) and gave it back to the states. They’re not called the laboratories of democracy for nothing. Political science was once just the name of an undergraduate course. Now, with the help and hard work of some of America’s leaders, it’s become a whole different thing. 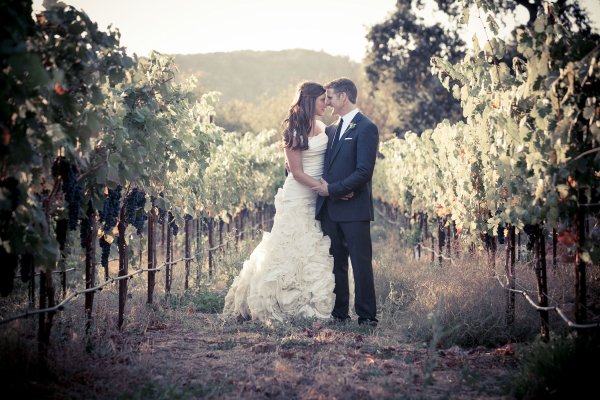 Brittany Maynard's Widower: What I've Learned in the Past Year
Next Up: Editor's Pick