Comedy greats Tina Fey and Mindy Kaling got together in New York for a conversation at New York’s 92nd Street Y as part of Kaling’s book tour.

The author of Why Not Me?, a collection of hilarious essays, answered some pressing–albeit inappropriate–questions from Fey.

When presented with a “Would You Rather” between Donald Trump and Bill Cosby, Kaling paused to think it over, while Fey quipped: “With Bill Cosby you could sleep through it.”

It’s not the first time Fey has joked about Cosby. She and Amy Poehler mocked the disgraced comedian during the 2015 Golden Globes.

Fey also pried into Kaling’s preferences by playing a game where The Mindy Project star had to choose which actors she’d choose to marry, kill or sleep with if B.J. Novak, Stephen Colbert and Michael Fassbender were on the table.

Kaling did chime in on the rumored book project she and Novak are working on, saying the two are in the beginning stages. “We fight a lot. Someone always storms out of our writing sessions.”

Correction: The original version of this story misattributed the quote, “With Bill Cosby you could sleep through it.” It was said by Tina Fey. 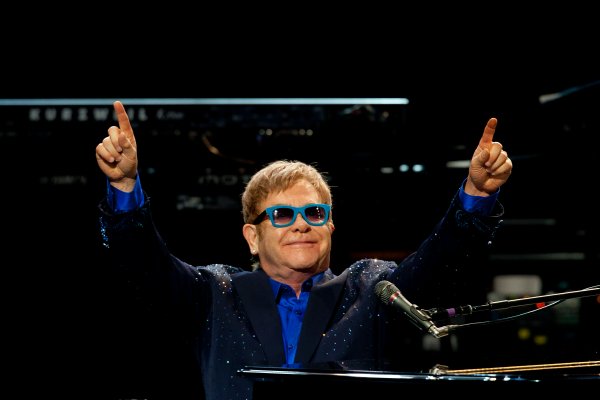 Hear Elton John Get Pranked by Russian Comedians Pretending to be Putin
Next Up: Editor's Pick