Why It’s Tough to Survive a Year in Space

Nobody’s business trip is quite like Scott Kelly’s business trip, and that’s not just because when he’s on the road he goes to a place where there are no roads at all. Kelly has spent the past six months aboard the International Space Station, circling Earth at a cool 17,150 m.p.h. That’s more than 2,700 orbits as of Sept. 15–and he still has another 2,700 to go.

Kelly and cosmonaut Mikhail Kornienko are just past the halfway point in a historic year in space, and they’re staying aloft so long for reasons that go beyond mere record setting. Space travel, despite its thrilling rep, is hard on the human body, and it’s the part that seems especially fun–the weightlessness part–that causes most of the problems.

The body was built for a 1-G environment, and it doesn’t quite know what to do when it finds itself somewhere else. Without the pull of gravity, the heart can grow lazy, blood pressure goes awry, muscles become slack, bones grow brittle. NASA’s great dream–a trip to Mars–would be a 2½-year journey, and if mission planners can’t sort out the biomedical issues now, in low Earth orbit, a deep-space Mars trip would be out of the question.

Both year-in-space marathoners are offering up their bodies to help solve these problems, but in Kelly’s case there is even more to learn. At the same time he is being studied, his identical twin Mark, a retired astronaut, is being put through similar paces on the ground. Matching genetic templates plus very different environments equals a terrific control experiment.

The results of all this work won’t be known until well after Kelly and Kornienko return. But here is a look at what scientists know so far about how the body reacts to space–and possible ways to reverse the damage.

For more on Kelly’s year in space, visit time.com/space 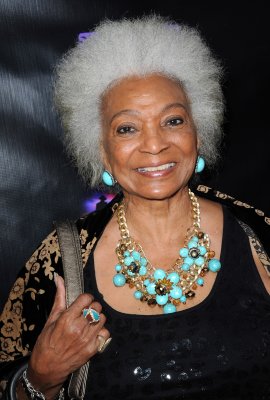 Star Trek's Lieutenant Uhura to Board NASA's Airplane Observatory
Next Up: Editor's Pick