How Johnny Depp Transformed Himself to Play Whitey Bulger

During production, Depp bore such a striking resemblance to Bulger that he reportedly scared some local residents
Warner Bros.
By Sam Lansky/Toronto

In his portrayal of Whitey Bulger in the new film Black Mass, Johnny Depp, 52, is barely recognizable, his face obscured behind a mask of prostheses and topped by the receding gray-blond hair that gave the notorious Boston gangster his nickname. But in a hotel suite on a drizzly afternoon during the Toronto International Film Festival, where Black Mass was screened in a special presentation, he is unmistakable: Depp at his Depp-iest–marvelously wonky with a simmering intensity. He wears paint-splattered carpenter jeans, a pinstriped vest and multiple necklaces. Several of his teeth are capped in metal.

“Bulger was a businessman,” he says, taking a long pull from a hand-rolled cigarette. “His work required violence. Because there are only a few things in the world that really control people. It’s fear, violence and p-ssy.” He cocks his head. “Oh, sorry. Forgot that other thing called religion.”

Depp’s co-star, Joel Edgerton, 41, seated next to him, gently refocuses the conversation. “It was fascinating that the situation existed in the first place,” Edgerton says. “It’s almost too weird to be true.” He’s not wrong. Black Mass, in theaters Sept. 18, recounts how James “Whitey” Bulger ascended to power in the 1970s and ’80s as the leader of South Boston’s Winter Hill Gang, a confederation of predominantly Irish mobsters. His bloody criminal pursuits went largely unchecked owing to his status as an informant to Southie-raised FBI agent John Connolly (Edgerton), who protected Bulger as his empire expanded in return for information Bulger provided about the Italian Mafia–Winter Hill’s primary rivals.

After a three-decade-long reign of terror, news of a pending indictment sent Bulger into hiding in 1994. He remained No. 2 on the FBI’s most-wanted list for over a decade, behind Osama bin Laden, until he was spotted in Santa Monica, Calif., in 2011 and returned to Boston to face charges. In 2013 he was found guilty on 31 of 32 counts, including racketeering, money laundering and extortion, as well as involvement in 11 murders. He’s now serving two consecutive life sentences, plus five years, in a federal penitentiary in Florida.

Black Mass, directed by Scott Cooper, who helmed 2009’s Oscar-winning film Crazy Heart, tells this bizarre story based on a book of the same name by former Boston Globe reporters Dick Lehr and Gerard O’Neill. Depp and Edgerton are assisted by a notable cast of supporting players, including Benedict Cumberbatch as Bulger’s brother Billy, a powerful Massachusetts state senator; Dakota Johnson as Bulger’s girlfriend; Kevin Bacon as a fellow FBI agent suspicious of Connolly’s motives; and Peter Sarsgaard as a drug-addled witness. It’s a dense, old-fashioned crime drama that mines a sprawling universe of lowlifes both on the street and among the police force. “The Southie code of loyalty transcended the law,” Edgerton says.

After a string of outlandish performances in blockbusters (Pirates of the Caribbean) and flops (Mortdecai), Black Mass marks a different type of transformation for Depp; again, he’s physically disguised, but there’s a reserved, naturalistic steeliness to his performance. He plays Bulger with a chilling, reptilian charm. “It’s got to be seamless,” Depp says of stepping into the role. “I feel a responsibility to get that person right–whether they’re good [or] bad. You owe it to them to portray them as close as you can to the real thing.”

Meanwhile, Edgerton–an Australian actor who’s appeared in critically acclaimed films like Zero Dark Thirty and box-office smashes like The Great Gatsby–steps into the spotlight with the double punch of Black Mass and this summer’s hit psychological thriller The Gift, which he wrote, directed and co-stars in. With the Connolly role came an unenviable task: playing a federal agent whose loyalties are so misguided that he allows the Irish mob to overtake Boston. Yet Edgerton’s sensitive, humane performance actually makes you feel for the guy. Depp too peels away the mythology of Bulger to reveal a capacity for occasional tenderness that grows only more unsettling as the body count rises.

“We didn’t look at these guys as gangsters,” Depp says. “Nobody goes into it thinking, ‘I’m just so evil–I’m going to f-cking kill somebody today.’ They’re just humans. Then, slowly but surely, you understand their business, which is, kill or be killed.”

To prepare, Edgerton says he studied footage of Connolly to nail his defensive demeanor and South Boston accent. “The image of [Bulger] is as iconic as can be, but John, not so much,” Edgerton says. “But because we were setting that tone from Jimmy down, I was like, ‘How close can I get to John Connolly?'”

For Depp, the demands were more physical; he credits Joel Harlow, the Oscar-winning makeup artist who also worked with him on Pirates of the Caribbean and Alice in Wonderland, with developing a look that made him feel invincible. “We did about six tests prior to coming up with the final look,” Depp says. “To apply the prosthetics, we got down to 2½ hours every day. There’s something about that and the wardrobe–the polyester pants and all that stuff–that does create a suit of armor. You’re stepping into the ring. You’ve got to be ready.”

The scenes between the two leads are rife with tension, with Bulger co-opting Connolly as the lawman tries to win Bulger’s approval without being too shameless. It’s an unusually complicated dynamic that pays off for both actors. “With Joel, everything he’s doing is to boost you to the next level, and then you do the same,” Depp says. “That’s a rare beast.”

“I look at acting like a game of tennis,” Edgerton says. “If you go to play with someone and you find out they’ve hardly ever hit the ball before, it’s not going to be a fun day on the court.”

“There are many times when you go to work only to hear the word wrap,” Depp says.

“I’ve watched Johnny ever since I was young, in all sorts of weird and wonderful ways–” Edgerton says.

“He is an old bastard,” Edgerton says.

Awards-season buzz seems all but inevitable for both actors–not that it matters to either, particularly Depp, who doesn’t watch his films as a rule. They nonetheless agree that it’s nice to ride out a wave of a favorable reception. “You’ve been around the block long enough to know when a journalist can’t look you in the eye,” Edgerton says.

Still, the fall movie season is already starting to look crowded with competitive titles. The thriller Legend, out Oct. 2, stars Tom Hardy as the Kray brothers, the British criminals who ruled London’s East End in the 1960s, while Spotlight, opening Nov. 6, explores a different type of corruption in Boston, tracking the journalists covering the Catholic sex-abuse scandal in 2002. Though viewers may grow weary of ripped-from-the-headlines crime stories by next year’s Oscars, Black Mass is enough of an old-fashioned gangster movie to stand on its own.

“I’m drawn to this movie because I love watching danger onscreen,” Edgerton says. Fear and violence, it turns out, are indeed powerful motivators. 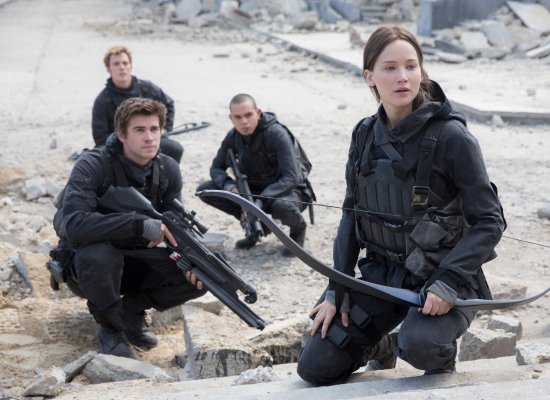