Is the 8-Year Auto Loan In Your Best Interest?

In five years or so, a lot of people may find themselves driving upside down. That’s not a special gear on a Tesla. It’s the negative equity that will result from more and more car buyers’ financing their purchases over longer and longer terms–up to eight years in an increasing number of cases. These drivers will owe more on their cars than the vehicles are worth. “Even despite low interest rates, to keep the monthly payment low, we see an extension of the term,” says Melinda Zabritski, senior director of automotive finance for Experian Automotive, a credit agency.

According to Experian, in the second quarter of the year nearly 29% of new-car loans were financed for terms of 73 to 84 months, an increase of 20% over the same period last year. The portion of used cars financed for these six- to seven-year terms increased by 14.8% in the past year, to 16.1%, the highest ever. Lease financing showed similar characteristics as drivers stretched three-year leases: the number of 37- to 48-month leases increased 18%.

What’s driving this behavior? “It’s really a response to people wanting more car,” says Jack Nerad, market analyst at Kelley Blue Book. The average transaction price for a new car hit $33,453 in July, according to KBB, up 2.6% over last year. Loan values have to follow. Experian says buyers borrowed an average of $28,524 for a new vehicle and $18,671 for a used one. Since wages are essentially flat, extending the term is the only route to make the monthly nut affordable. And ultimately more expensive: borrow $29,000 for eight years rather than four at the national average rate of 4.81% and you’ll pay about $3,000 more in interest.

Zabritski says the rising popularity of crossover utility vehicles–CUVs–such as the Ford Escape, Chevy Equinox, Toyota RAV4 and Honda CR-V has helped change the lending landscape. These aren’t necessarily luxury vehicles, but they are more expensive than sedans. So the finance industry figured out how to get buyers into them. One way, says Zabritski, is to take a 72-month loan and add three months, a product known in the industry as the 72+3.

The problem with a 72+3, or a straightforward seven- or eight-year loan, is depreciation. The moment you drive off the lot, your new car’s value begins to sink. Your monthly payment does not. And if you love that new-car smell every four or five years, a seven-year loan could start to stink. “If you are taking on a long, long term, the likelihood of being upside down on that loan is pretty significant. A lot of people shrug that off,” says Nerad. Consumers with negative equity who want shiny new metal end up rolling the outstanding balance into the next loan. “It’s almost getting overheated in the way the housing market was,” says Nerad.

Should you consider a longer-term car loan? There’s a critical question to ask, says Nerad: “Where are you going to be in five years? You should finance it for the time you are going to own it.” Cars are better built and last longer–the average age is now a record 11.5 years, according to the research firm IHS–so if you’re planning on giving the kids a junker in eight years, the longer term is a reasonable strategy.

But if your new-car horizon is shorter and sticker shock is an issue, then a lease may be the better option. Nearly 1 in 3 new-car transactions is now a lease, says Experian. Again, it’s all about the monthly payment, and again, even lease terms are being extended to four years from three. There’s a catch in that too: you may have to pay up to extend the warranty.

On the other hand, all those new leases are also creating opportunities. There will be a surge in the supply of cars coming off lease over the next couple of years. “You can get some fantastic pricing on late-model used cars,” says Zabritski. If you finance that with a four- or five-year loan, adds Nerad, you’ll end up with a “free” car with lots of useful years left. And it’s always easier to drive right side up. 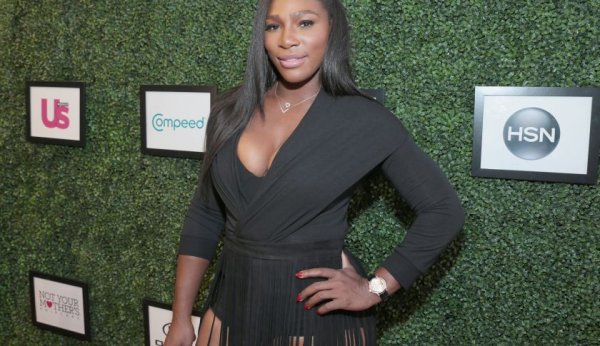 After U.S. Open Loss, Serena Williams Turns to Fashion Business at NYFW
Next Up: Editor's Pick