When Donald Trump put out his hand for a low-five from rival Jeb Bush, the former Florida Governor took his shot to strike the antagonistic billionaire.

Even on television, it was clear Wednesday night’s hand slap came with a windup. It has been percolating for weeks, as Trump tweaked Bush for having “low-energy,” a slight that has gotten under Bush’s skin.

Asked what his Secret Service code name would be, Bush turned to his codename he earned as Florida Governor from the state emergency management agency. “Eveready,” Bush said, borrowing the name of a battery brand. “It’s very high-energy, Donald.”

The audience ate it up. Trump extended his left hand to Bush, who was standing beside him, to acknowledge Bush had won that moment. Video shows Bush biting his lip and going for it, hard.

“That might leave a mark,” laughed Bush chief strategist David Kochel. “I watched it and thought, you know, he got a good laugh out of the crowd. He got a laugh out of The Donald. He showed his sense of humor. He closed strong. It’s what we wanted to happen.” 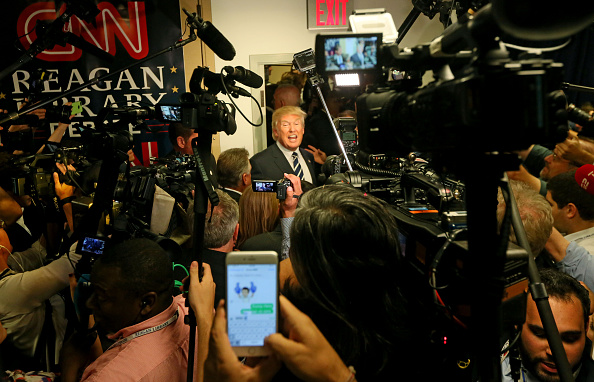