Zhang Yujun, assistant chairman of the China Securities Regulatory Commission, delivers a speech during a conference in Beijing on May 8, 2013
Che Liang—Imagechina/AP
By Nash Jenkins

Anticorruption officials in China are investigating a top official at the country’s securities-regulation body in Beijing’s latest attempt to find a culprit behind the recent volatility of the Chinese stock markets, and as part of an ongoing crackdown on graft.

The statement on the investigation into Zhang — the first senior official at the securities regulator to face government scrutiny — failed to specify the nature of the case.

After precipitously climbing to hit a seven-year high in June, China’s indices have tumbled nearly 40% in a rout that has sent an echo of panic across markets around the world. But while official confidence has mostly stabilized the situation elsewhere, Beijing’s ongoing effort to dam the sell-off of shares has proved comparatively futile. Certain exercises, such as the repeated slashing of interest rates and the imposition of bans on short selling, have seen temporary climbs that only contribute to the larger pattern of instability.

The government has injected an unprecedented $129 billion into the economy to unsuccessfully buoy it, the South China Morning Post reports. Increasingly desperate authorities have attempted to blame the market slump on individuals who have apparently failed to stymie it. Police have detained top officials at Citic Securities, the biggest brokerage on the mainland, on suspicions of insider trading.

According to the Wall Street Journal, Zhang was vital in a recent effort to bolster the stock market by buying ailing stocks and financing a state margin lender to encourage further investment. Prior to his appointment at the CSRC, he was the president of the two major Chinese indices — in Shenzhen from 2000 until 2008 and in Shanghai from 2008 until 2012. 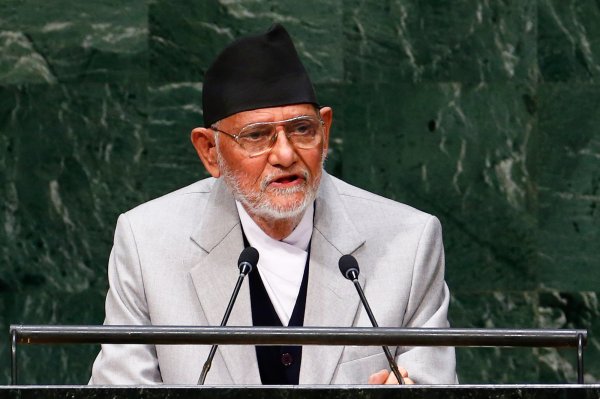