Trump Called Out During Debate for Comments on Women

Donald Trump was put in uncomfortable positions at the Republican debate Wednesday night when debate moderators and candidates called him out on comments he’s made about women.

In a heated exchange, former CEO of Hewlett-Packard Carly Fiorina, the only woman on the stage, was asked to respond to Trump’s recent comment about her to Rolling Stone last week, where he said, “Look at that face! Would anyone vote for that? Can you imagine that, the face of our next president.”

Fiorina’s response onstage was concise, and left Trump fumbling: “I think women all over this country heard very clearly what Mr. Trump said,” she said. To which Trump blushed and responded, “I think she’s got a beautiful face and I think she’s a beautiful woman.”

Florida Governor Jeb Bush similarly made Trump address his comments on Columba Bush in which Trump said that “if my wife were from Mexico, I think I would have a soft spot for people from Mexico.”

“To subject my wife into the middle of a raucous political conversation was completely inappropriate and I hope you apologize for that,” Bush said to Trump onstage.

Trump declined to apologize, arguing he had done nothing wrong, but said, “I have to tell you, I hear phenomenal things. I hear your wife is a lovely woman.” 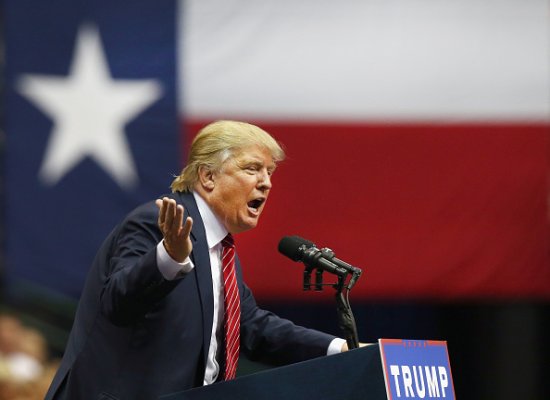