A migrant runs with a child before tripping on TV camerawoman Petra Laszlo (L) and falling as he tries to escape from a collection point in Roszke village, Hungary, Sept. 8, 2015
Marko Djurica—Reuters
By Tanya Basu

Remember that Hungarian camerawoman who tripped a refugee carrying a child?

Well, that man is Osama Abdul Mohsen. In his native Syria, he was a soccer coach—a title he will have once again when he joins the Spanish soccer academy CENAFE, which is expecting his arrival at midnight on Wednesday in Madrid.

Mohsen’s tumble near the Hungarian village of Roszke when camerawoman Petra Laszlo tripped him was broadcast around the world.

Mohsen, who speaks Arabic and a bit of English, will be required to learn Spanish for the job, said Luis Miguel Pedraza, a former national soccer referee who now oversees training of other soccer coaches. “The first thing is to get him settled,” Pedraza told Al-Jazeera. “We’re giving him a hand as a humanitarian gesture. Later we’ll look for something. He’s interested in our school.”

CENAFE will also help Mohsen apply for asylum in Spain.

Laszlo was fired from her job after the incident. 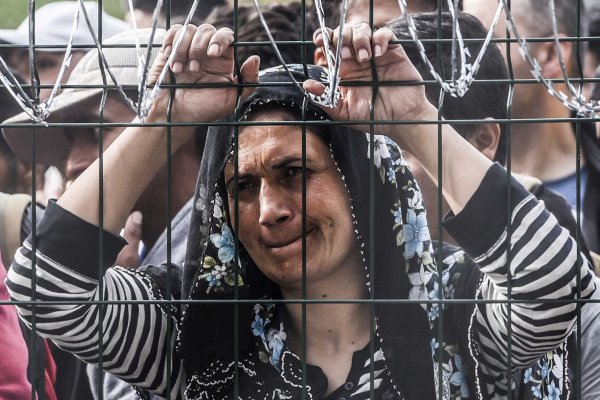