Back-to-school season is here, and with it all the familiar trappings—save one. Whereas in recent years national discussion has seemingly centered on America’s deficits in math and science, this year deficits in U.S. history are sharing the spotlight.

At the close of this past school year, an alarm was sounded after the most recent National Assessment of Educational Progress (NAEP) showed that a mere 18% of eighth graders were proficient in U.S. History. Weeks later, dozens of scholars signed a letter to the College Board condemning the redesigned AP course in history. Oklahoma legislatures had earlier voted to ban the course; similar bans were proposed in Georgia and North Carolina. The course has since been revised. History seems to be making news—though not in the manner we historians might prefer.

Debates over history-class outcomes surface periodically in the U.S. Such controversies are usually about a prescribed set of historical facts, subjects and themes about America that students ought to know, be it American Exceptionalism or the civil rights movement. Indeed, the letter to the College Board lamented a perceived downplaying of worthy subjects such as the Constitution and a lack of attention to “exemplary people and events.” Similarly, the NAEP results were framed in terms of facts students did not remember that they should have: the Louisiana Purchase, the judicial precedent set by Marbury v. Madison, reasons why Loyalists opposed independence, and so on.

Facts, subjects and themes are important. But ask me whether our students must have a particular historical fact set about our country—or others, for that matter—and my answer will be that we are asking the wrong question. To frame the efficacy of history in terms of facts remembered and test scores achieved misses what is valuable about historical study. The value of history is as much in its process as it is in its outcomes.

The process of historical inquiry—and what it teaches students along the way—is history’s greatest reward. Studying history teaches that society is not stagnant. Studying history teaches us to question how and why things change, who drives those changes, whose interests are served by them and who gets left out of the equation. History teaches that human actions have consequences. Analysis of past events teaches students to ask probing questions, challenge preconceived assumptions and to recognize that humans have the capacity to be both very, very good and very, very cruel. Analyzing historic documents teaches us to be careful readers. To be skeptical of one side of the story. To be aware of our own biases. Most critically, history teaches us who we are. I am a Jew, a New Yorker, a citizen of the United States, a grandchild of Holocaust survivors. These identities mean nothing without a historical backdrop to set them against. “We swim in the past as fish do in water,” wrote historian Eric Hobsbawm. “We cannot escape from it.”

Our students may not go on to all be historians, or even remember the hundreds of facts they learn in a given year. But through history they can become more disciplined and rigorous thinkers. They can be challenged to be more independent-minded analysts, and, I would argue, more compassionate human beings—skills that historical study inculcates and that lead directly to life and career success. The best reason to study history is not to memorize facts, but rather to experience the historical process and learn to interpret facts in a thoughtful, independent and meaningful manner. If we are to continue to foster national greatness and prepare students to independently assess an increasingly complex world, we should continue to promote such thinking.

The debates and headlines too often miss these nuances—which is why I’ve suggested that history take a cue from STEM (science, technology, engineering and math) and invest in what I’ve termed “History Communicators.” For years, the science community has invested in training “Science Communicators” to more effectively convey the value of science to the public.

On the surface, history may seem less in need of such help than, say, physics. But we should not assume that history needs no help communicating itself. I am currently working with scholars, journalists, documentary filmmakers and public historians—historians who work in museums, archives, national parks and government—to convene a series of workshops and develop teaching plans to train a generation of “History Communicators” and create new ways to communicate history and historical concepts to non-experts. I am also helping to initiate a nationwide History Relevance Campaign, to reaffirm history’s value to our communities. Through these and similar efforts we historians have an opportunity to better espouse history’s value and ensure we don’t fall behind in producing outstanding, independent thinkers who have the confidence to draw their own conclusions. The current concerns over history curricula may be opportunities to voice that message more clearly.

The historian and philosopher Leszek Kolakowski once said that “history, more often than not, is an infinite display of human stupidity and cruelty.” Kolakowski had witnessed World War II, the Holocaust and Communist dictatorship. He had seen the worst that humans could do to one another and believed that we must not be afraid to separate history from myth, fact from fantasy. Perhaps the best reason to study history is to understand what humans are capable of doing to one another—and how we have the capacity to correct such injustices. That is a valuable lesson for any student, this back-to-school season and beyond.

Jason Steinhauer is a Public Historian at The John W. Kluge Center at the Library of Congress. On Twitter: @JasonSteinhauer. The views in this column are his own. 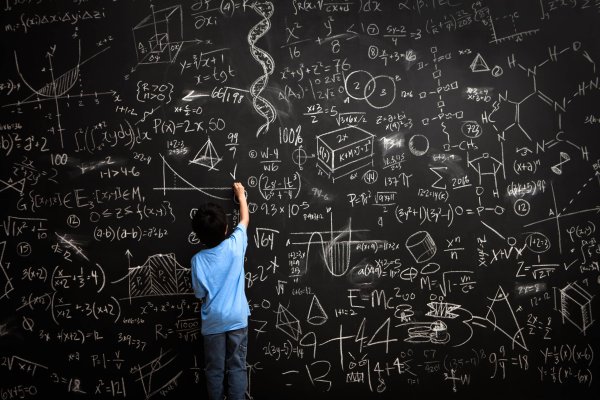 Are You Smarter Than an 8th-Grader?
Next Up: Editor's Pick