In this week’s issue of TIME, we teamed up with fellow Time Inc. brand, Real Simple, to find out how women really feel about ambition in themselves and in others. Contrary to all the hand-wringing about confidence and motivation at work, our survey found that women were just about as ambitious as men, and that “ambitious” doesn’t necessarily have the same negative connotations as, for example, “bossy” does.

But there were some other findings that illuminated how ambition changes over time and how mothers experience ambition differently from non-mothers, and how women at different stages of their careers think about what they want and how to get it. Here are some of the most surprising findings from the poll.

(You can find the full story “Why Ambition Isn’t Working for Women,” in this week’s TIME.)

1) Men are slightly more likely to call themselves ambitious than women are, but not by much. 51% of men and 38% of women said they were “very” or “extremely” ambitious– while 23% of women and 16% of men called themselves “not so ambitious,” or denied being ambitious altogether. When asked how what they’d do if given a choice between a comfortable retirement, or the job of their dreams, women were split 50-50 on which they would prefer, but men were closer to 60-40, in favor of the job. (41% of men said they’d pick retirement, while 59% said the job of their dreams.)

3) Despite their big dreams, millennial women are a lot less confident– 44% of respondents in their 20s cited “fear of failing” or “lack of confidence” as the major things preventing them from being more ambitious, compared to only 22% of women in their late 40s and 50s. Women who were older were much more likely to point to personal priorities as reasons for not being more ambitious.

4) Women who were well into their careers were more likely to think of ambition as an unappealing quality, although, overall, the term seemed to be widely embraced by men and women of all ages. 90% of women in their 20s said they felt “pride” or “empowerment” when publicly recognized for being ambitious (they were allowed to pick several adjectives), compared to only 62% of women in their late 40s and 50s. Twenty-eight percent of women in that age group picked “guilt,” “embarrassment” or “shame” as adjectives that accompanied ambition.

7) Children also seem to affect how women rationalize their own ambitions. When asked what prevents them from being more ambitious in their career, 38% of moms cited personal or family obligations, compared to only 22% of women without kids. By contrast, 34% of women without kids said lack of confidence or fear of failure held them back, compared to only 21% of mothers.

Check out this week’s issue of TIME to read more about the poll and for more insights from successful women on how their own ambitions have changed over time in our feature story by Kristin van Ogtrop, the editor of Real Simple. 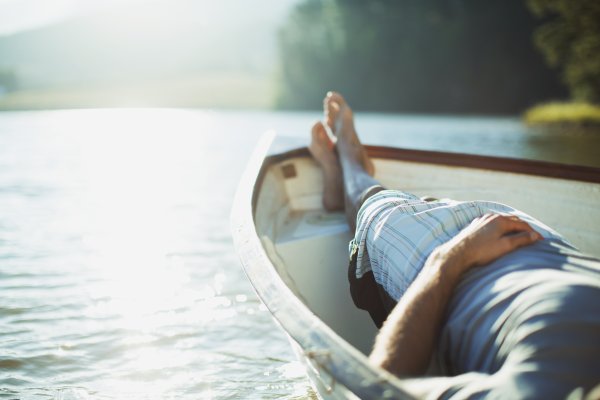 We Should Always Have Three-Day Weekends
Next Up: Editor's Pick