If you keep up with Game of Thrones at all, you probably know that Gregor “The Mountain” Clegane has been terrorizing characters and fans alike since season one of the hit show.

Now we finally get to see Hafþór Júlíus Björnsson—the third actor to reprise the role of the terrifying Ser Clegane—lose! And for real lose. He went up against Devon Larratt, two-time World Armwrestling League Heavyweight Champion, in a hand-to-hand challenge.

Luckily, the professional arm wrestler doesn’t waste any time trying to wrangle a confession out of Björnsson. Larratt, who is almost half the size of the Icelandic strongman, smiles and defeats his opponent in less than a minute. Although as fans know, his technique of making Björnsson focus on his eyes is certainly a risky move.

Outside of acting, Björnsson is a frequent competitor in “World’s Strongest Man” events and recently broke a log-carrying record that had previously stood for 1,000 years. No biggie. 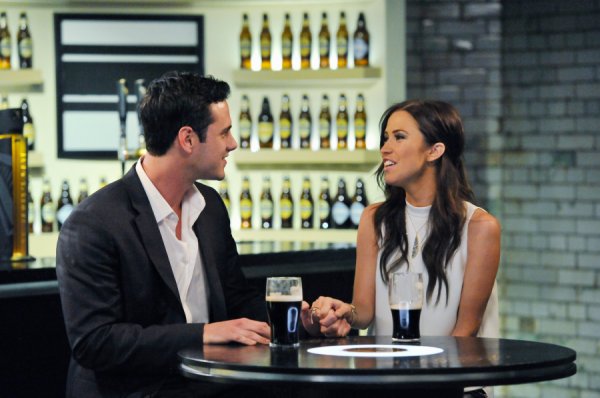 ABC Announces the Next Bachelor
Next Up: Editor's Pick