Amy Schumer had a very valid reason to post a throwback video a day early. The comedian is opening for Madonna at New York City’s Madison Square Garden on Wednesday, Sep. 16, so naturally, she had to post a video of her tiny childhood self rocking out to “Like a Prayer.” Behold:

“I made it through the wilderness. Meet you at the Garden tonight @madonna,” Schumer wrote. She’s also opening for Madonna at her shows on the 17th and 19th. She originally announced this news back in June in a tweet that also included the vintage “Like a Prayer” video—but it’s obviously worth watching again.

Schumer told Entertainment Weekly that Chris Rock called her up and said Madonna wanted her phone number. We’re not sure why Chris Rock played such a pivotal role in all of this, but before Schumer knew it, Madonna invited her to join her Rebel Heart tour.

“It’s not like a dream come true,” Schumer told the New York Times in July. “This is a dream I didn’t even know I had.” 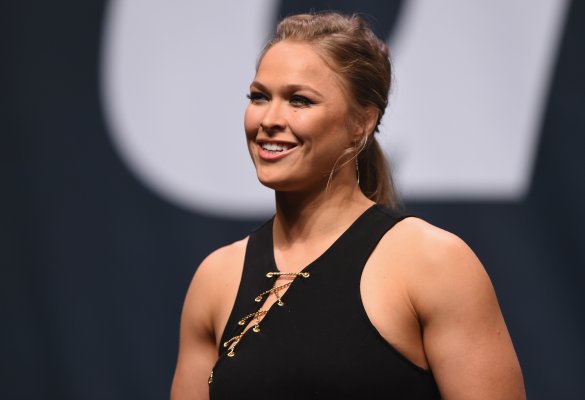 Watch Ronda Rousey Explain Why She Gets So Emotional Before a Fight
Next Up: Editor's Pick