How American College Students Made The Hobbit a Hit

A Bonhams employee examines a copy of the 1937 first issue of the first edition of 'The Hobbit' by author J.R.R. Tolkien on display at the auction house in London, in March 17, 2008. That copy went on to set a new world record price at auction for an inscribed copy of the book.
Sang Tan—AP
By Jennifer Latson

If anyone can appreciate a character who throws frequent parties, eats six meals a day, and “whiles away his ‘tweens’ — the ‘irresponsible twenties between childhood and coming of age at thirty-three,’” as TIME once encapsulated the essence of a Hobbit, it’s the American college student. This demographic proved to be J.R.R. Tolkien’s best audience, and the one that elevated him to the status of literary celebrity.

While Tolkien’s first novel, The Hobbit, was published on this day, Sept. 21, in 1937, Hobbits didn’t become household names — at least in the U.S. — for roughly three more decades. By the mid-1960s, however, Bilbo and Frodo Baggins, the reluctant heroes of The Hobbit and The Lord of the Rings, had taken college campuses across the country by storm. In 1966, when the paperback edition of the Rings trilogy sold half a million copies in the U.S., one freshman’s mother noted, according to TIME’s report, “Going to college without Tolkien is like going without sneakers.”

TIME, on the other hand, felt that the fantasy novels had more in common with drugs than athletic wear. The 1966 article observes:

Students weren’t Tolkien’s only fans, of course. In its 1938 review, the New York Times called The Hobbit “one of the most freshly original and delightfully imaginative books for children that have appeared in many a long day.” In 1954, TIME described The Fellowship of the Ring as a fairy tale for adults, fueled by a “strong and unorthodox” imagination. But it took the college crowd to make the series a cultural phenomenon. TIME charted Tolkien’s literary journey shortly after his death in 1973, noting:

There was, naturally, a backlash among the academic elite when Tolkien’s tale took off. “Then, with such popularity,” TIME explains, “the story was denounced as escapist fantasy, its success owlishly attributed to ‘irrational adulation’ and ‘nonliterary cultural and social phenomena.’”

Tolkien took these sour grapes in stride. He did, however, offer a defense that explains why fairy tales attract serious adults—and college students—as well as children: They appeal to the universal desire, in a dangerous and unjust world, for the “consolation of a happy ending,” or what he called Eucatastrophe.

Eucatastrophe, he wrote, provides “a catch of breath, a beat and lifting of the heart, a piercing glimpse of joy and heart’s desire.” It’s the payoff—better than sneakers, and perhaps even LSD—that lures so many readers into the Hobbit hole. 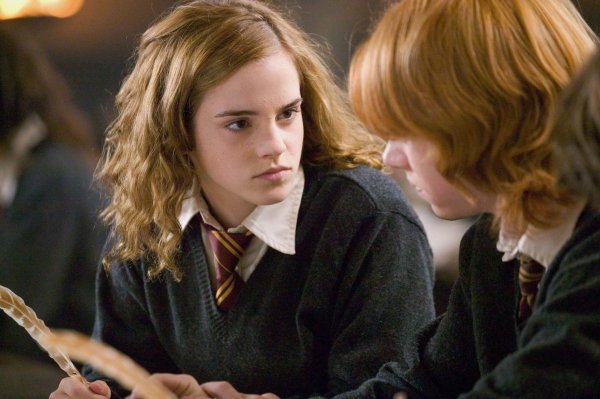