Republican presidential candidates may tonight battle each other on CNN’s debate stage, but their supportive super PACs have been the dominant forces in the campaign’s television ad war this year.

That super PACs are sponsoring most early ads during the turbulent GOP primary represents a dramatic change from the 2012 election, when candidates’ own committees initially drove TV messaging.

Non-candidate groups, including super PACs and politically active nonprofits, have sponsored nearly nine in every 10 TV ads aired to date during the 2016 GOP presidential primary, according to a Center for Public Integrity analysis of data provided by advertising tracking firm Kantar Media/CMAG.

Such groups face no limits on how much money they may raise or spend.

Candidates, super PACs and other special interest groups have combined to air about 11,000 ads in the GOP presidential race through Monday, Kantar Media/CMAG data indicates.

About 90 percent of these TV spots have targeted voters in either Iowa or New Hampshire — the states conducting the first two presidential nominating contests in February.

In the Democratic presidential primary, about 4,000 TV ads have already aired.

But in that race, the sponsor trend is reversed: Democratic Party frontrunner Hillary Clinton’s campaign accounts for about 90 percent of the TV ads, and a group supporting former Maryland Gov. Martin O’Malley is the only super PAC so far involved in the race.

Sen. Bernie Sanders of Vermont has not yet aired a TV ad, although it hasn’t hurt him any, as he continues to rise in recent polls — even surpassing Clinton in some.

On the Republican side, the most prolific ad buyer has been the Opportunity and Freedom PAC, a super PAC that attempted to boost the fortunes of former Texas Gov. Rick Perry.

It didn’t work: The pro-Perry super PAC aired more than 3,400 ads — nearly one-third of all TV ads in the GOP race to date — but Perry suspended his floundering campaign on Friday.

The next most active ad sponsor among Republicans has been the super PAC New Day for America, which supports Ohio Gov. John Kasich.

The group has mostly focused on New Hampshire, where it has aired more than 1,200 TV ads — representing about one of every nine ads overall in the GOP race.

And a super PAC backing Louisiana Gov. Bobby Jindal, called Believe Again, ranks third, having aired about 1,100 TV ads in Iowa — or about one of every 10 ads in the entire GOP presidential primary to date.

Jindal continues to poll in low single digits and didn’t qualify for tonight’s main stage debate, while Kasich’s standing in the polls has risen after a solid performance last month during the first GOP presidential debate.

Connie Wehrkamp, a spokeswoman for pro-Kasich New Day for America said the super PAC’s ads “are helping to introduce voters to John Kasich.”

Brad Todd, a spokesman for pro-Jindal Believe Again, stressed that TV ads were only one tool the group — which is also hosting town hall meetings featuring Jindal — was using to connect with voters.

“You have to communicate on a variety of platforms to have a meaningful dialogue with voters,” Todd said. “Our goal is to talk with Iowans and not at Iowans.”

He continued: “We are focused on Iowa because it is first on the calendar. If you want to win in South Carolina and do well in the Southern primaries on March 1st, the first step to that success is to do well in Iowa.”

Meanwhile, most GOP candidates themselves are not yet on the air, including Republican Party frontrunner Donald Trump.

“I’m on TV so much, it’d be stupid to advertise,” Trump recently told Rolling Stone. “Besides, the shows are more effective than ads.”

The campaign of Sen. Rand Paul of Kentucky will air its first TV spots during tonight’s debates, while other GOP contenders — including Sen. Marco Rubio of Florida — have reserved air time on TV later this year or already invested heavily in online ads.

Alice Stewart, a spokeswoman for Mike Huckabee, confirmed that the former Arkansas governor hasn’t yet made TV ad buys, but she declined to “reveal details of our ad strategy.”

Officials for other campaigns either declined to comment or did not respond to questions.

Super PAC-sponsored ads will increase dramatically in the days ahead. Pro-Bush super PAC Right to Rise USA, for one, willreportedly spend $24 million on a massive ad campaign that began Tuesday.

Unlike candidates who may collect no more than $2,700 per person, super PACs and nonprofits have no limit on how much money they receive from people, corporations or labor unions. These groups, in turn, can use whatever funds they raise to independently support their preferred candidates.

Read More: Why Some Donors Gave to Multiple Republican Candidates

Super PACs must regularly disclose their donors to the Federal Election Commission, while politically active nonprofits are generally allowed to keep their donors’ identities secret.

“The PAC spending up front allows the candidates to hold on to their campaign-generated money until later in the contests when the stakes are higher,” she said.

Indeed, super PACs have been lapping candidates in the fundraising race.

Groups backing the 2016 White House contenders had raised more than $266 million through the end of June, the period covered by the most recent campaign finance reports.

That was more than twice as much as the roughly $130 million raised by the candidates themselves, as the Center for Public Integrity previously reported.

Cady Zuvich contributed to this report. 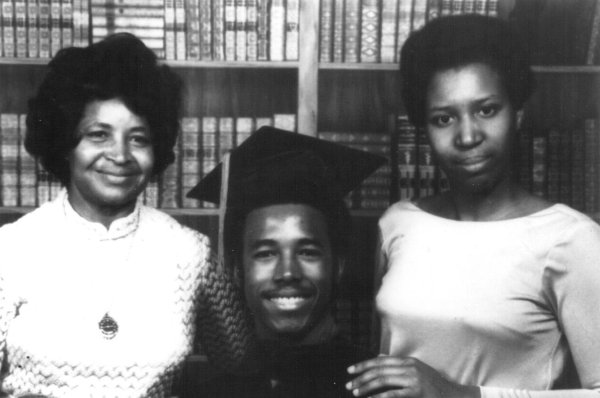 See Ben Carson's Life in Photos
Next Up: Editor's Pick