The Sheer Lunacy of Cuffing a Kid Over a Homemade Clock

Irving Texas Police Department/Reuters
Ideas
By Belinda Luscombe
Luscombe is an editor-at-large at TIME and the author of Marriageology: The Art and Science of Staying Together.

There’s a scene early in the criminally underrated Tom Cruise/Cameron Diaz romcom Knight and Day in which Cruise’s character, an ebullient rogue agent, tells Cameron Diaz’s character that if anybody tells her that she is being taken somewhere for her “safety” or “security,” she should run.

If Ahmed Mohamed was not, at 14, likely too young to have seen that movie, it might have echoed in his head when he was taken in handcuffs from MacArthur High School by police in Irving, Texas, “for his safety,” as a police statement later put it.

Ahmed, in case you’ve been in a coma and missed this story, brought a clock he had made to school using a circuit board and spot welder. One of his teachers thought the wiry beeping contraption looked suspiciously like a bomb—speaking of cheesy spy movies—and called the principal, who called the cops, because you can never be too careful. The cops asked Ahmed some questions, found him insufficiently forthcoming, cuffed him and took him out of the school, because, you know, safety first.

Sign up for Time for Parents: it gathers the news while you do more important things, like child-rearing.

This would all come under the title of Comic Misunderstanding, until we get to the part with the handcuffs. How does a skinny eighth grader with no prior history of misbehavior end up in that terrifying situation? Why not call on some local knowledge from, say, the engineering teacher who reportedly had already seen the clock and deemed it cool? As a ninth grader, Ahmed was new to MacArthur High, but could officials find no friends, middle school classmates or relatives who could have been called upon to speak for him?

But no, because the grownups had to think of safety above all costs. Ahmed’s clock is just an extreme example of overreaction by school officials to any behavior they deem threatening. In November, a deputy in Kentucky handcuffed an elementary school child for misbehaving in class. Last year, a kid was suspended from an Ohio elementary school for making a gun shape with his fingers. In March 2014, a young kid was suspended for shaving her head in sympathy with a friend who had cancer.

School officials say they thought Ahmed might have made a hoax bomb to freak people out and generally cause mischief, and that’s why they suspended him. Even if that’s true, it’s unlikely he would have been treated the same way if his name were Arnold instead of Ahmed. And if it were true, the first port of call should have been his parents and not the police. Then Ahmed’s safety would have been assured, as well as that of everybody else.

The teenager’s treatment struck a chord on the internet, where the #IStandWithAhmed hashtag trended widely and Ahmed was addressed by luminaries including Facebook co-founder Mark Zuckerberg, Education Secretary Arne Duncan, and President Obama, whose invitation to bring a clock to the White House might have brightened the 14-year-old’s day:

It’s difficult for anyone involved to take anything else positive from this incident. Among the many regrettable things about the way this was handled, one of the saddest is that the story’s wide dispersal will further erode the trust between schools and parents. Both groups have the welfare of the kids in their care at heart, but the two often seem to be at odds. Parents are terrified that schools aren’t safe, so they demand strict rules. Schools complain they can’t get co-operation from parents on discipline, so they have to be inflexible. Throw in a few school shootings and some xenophobic fear-mongering and Ahmed ends up in cuffs.

“Zebra” is an informal medical term for an exotic diagnosis that ignores a much more likely condition. It comes from the expression coined by an old medical professor: “When you hear hoofbeats, think horses, not zebras.” Perhaps education professors need to come up with something similar for teachers: “When you hear ticking, think clocks, not bombs.” It’s safer that way.

This story has been corrected to reflect Ahmed’s school year; he is in ninth grade, not eighth. 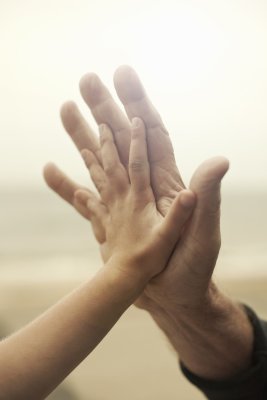 Why More Grandparents Are Raising Their Grandchildren
Next Up: Editor's Pick