Who Is the New Head of the FDA?

President Obama nominated Dr. Robert Califf as the new head of the U.S. Food and Drug Administration (FDA) this week. But who is he?

Earlier this year, Califf was named the FDA’s deputy commissioner for medical products and tobacco (the No. 2 role at the agency). Califf, a cardiologist, is known as a prolific researcher, though he has faced criticism for having financial ties to pharmaceutical companies.

Califf came to the FDA from Duke University, where he was the vice chancellor of clinical and translational research. He was also the director of the Duke Translational Medicine Institute (DTMI) and a professor. He received his own degrees from the University.

When Dr. Califf, a cardiologist, first stepped into his FDA position in March 2015, the agency noted that he was recognized by the Institute for Scientific Information as one of the top 10 most cited medical authors, with more than 1,200 peer-reviewed publications. “During his career, Dr. Califf has led many landmark clinical studies, and is a nationally and internationally recognized expert in cardiovascular medicine, health outcomes research, health care quality, and clinical research,” the FDA said at the time. “He is one of our nation’s leaders in the growing field of translational research, which is key to ensuring that advances in science translate into medical care.”

Dr. Califf is not expected to be controversial in the Senate, which will vote on his appointment, the Wall Street Journal reports.

Not everyone is pleased by the appointment, however. In a statement, Dr. Michael Carome, director of the Public Citizen’s Health Research Group, said the Senate should reject the nomination due to Califf’s ties to pharmaceutical companies and medical device manufacturers (something TIME reported on in February): “During his tenure at Duke University, Califf racked up a long history of extensive financial ties to multiple drug and medical device companies, including Amgen, AstraZeneca, Eli Lilly, Johnson & Johnson, Merck Sharp & Dohme and Sanofi-Aventis, to name a few,” Carome said.

Califf did not immediately respond to a request for comment on Wednesday.

In an interview with TIME earlier this year, Califf said less than half of his yearly salary comes from research funds from the pharmaceutical industry. Califf told TIME in the interview that he was divesting his holdings in two privately-held pharmaceutical companies.

“The greatest progress almost certainly will be made by breaking out of insular knowledge bases and collaborating across the different sectors,” Califf told TIME. He added that it would be “useful to have someone [leading the FDA] who understands how companies operate because you’re interacting with them all the time.”

As the new FDA commissioner, Califf may have a lot on his plate, according to the Washington Post. For example, new legislation known as the 21st Century Cures Act is making its way through the approval process and could change the pace at which the FDA approves drugs and devices.

Califf was one of several nominations Obama made on Tuesday. “I am confident that these experienced and hardworking individuals will help us tackle the important challenges facing America, and I am grateful for their service,” the President said in a statement. “I look forward to working with them.” 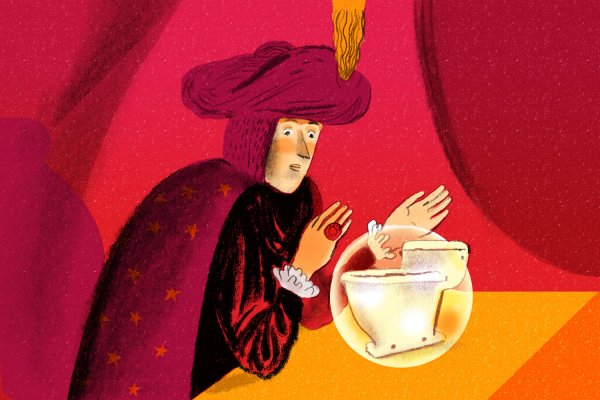 You Asked: What Can My Pee Tell Me About My Health?
Next Up: Editor's Pick