Twitter users are coming to the defense of Ahmed Mohamed, a Muslim teenager in Texas who was arrested earlier this week after a teacher thought the homemade clock he brought to school resembled a bomb. The #IStandWithAhmed hashtag trended on Twitter on Wednesday as people accused Mohamed’s teachers and police officers of profiling the 9th grader based on his name and skin color. “He just wants to invent good things for mankind,” his father told The Dallas Morning News. “But because his name is Mohamed and because of Sept. 11, I think my son got mistreated.”

The #IStandWithAhmed tweets say a white student in Mohamed’s situation wouldn’t have faced the same treatment. They also encourage children like Mohamed, a robotics enthusiast who makes his own radios and brought the clock to show his engineering teacher, to continue their interest in science despite the Islamophobia, racism or sexism they may encounter in the field.

Mohamed now has his own Twitter account inspired by the hashtag, @IStandWithAhmed. “Thank you for your support!” he tweeted Wednesday. “I really didn’t think people would care about a Muslim boy.”

Here’s a round-up of some of the #IStandWithAhmed tweets and social media postings: 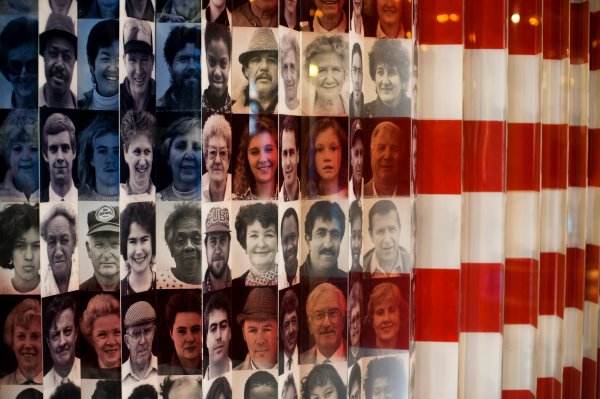 Foreign-Born Population of Hispanics in America Down
Next Up: Editor's Pick