Prince Harry holds hands with 95-year-old Battle of Britain veteran Tom Neil after he landed back at Goodwood Aerodrome in his Spitfire aircraft following a Battle of Britain Flypast on Sept. 15, 2015, in Chichester, England
Max Mumby—Getty Images
By Mark Rivett-Carnac

A Royal Air Force veteran flew in a Spitfire over the South of England on Tuesday, marking 75 years since he served in the Battle of Britain. Only this time, Tom “Ginger” Neil, the last surviving fighter pilot of the epic aerial battle, rode in Prince Harry’s seat.

Prince Harry was supposed to join in the anniversary flypast but instead offered his place to the 95-year-old ex-wing commander and Hurricane and Spitfire pilot. Prince Harry wanted to ensure the World War II veteran and two wounded servicemen could take part in the occasion, the Telegraph reported.

Two of the two-seater vintage planes were scheduled to fly but one was grounded after experiencing mechanical problems. With precious few seats remaining, the Prince dropped out so Neil could go up instead.

Neil led the formation that marked the anniversary of Great Britain’s aerial battle against Nazi forces.

In the summer and autumn of 1940, the RAF launched waves of fighters to intercept Luftwaffe raids across southern England. The RAF held off the Nazis despite being outnumbered by nearly two enemy planes to one.

Tuesday’s event paid tribute to the fighter-pilots who wartime Prime Minister Winston Churchill referred to when he said, “Never, in the field of human conflict, was so much owed by so many to so few.”

It was the biggest collection of Battle of Britain aircrafts since World War II. Two of the planes — a Spitfire and a Hurricane — flew in the original conflict. 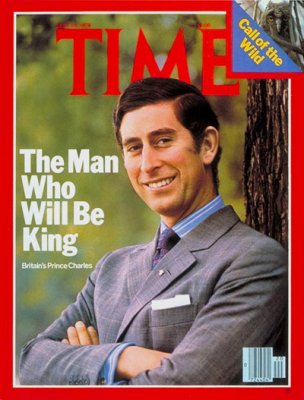 How Prince Charles Feels About Queen's Reign
Next Up: Editor's Pick