A ninth grader from Irving, Texas, was arrested at his school Monday after teachers thought his homemade clock looked like a bomb.

Ahmed Mohamed, 14, was taken to a juvenile detention center, suspended from school and could still face charges of making a hoax bomb, reports the Dallas News.

But Ahmed, a robotics fan who reportedly likes to make his own radios, insists he made a clock and brought the invention into school to show his engineering teacher.

The clock — a circuit board with a power supply wired to a digital display — was confiscated during English class because the alarm kept beeping.

Ahmed was later taken out of class by the principal and questioned by five police officers who demanded to know his intentions and why he brought the device into school.

“It could reasonably be mistaken as a device if left in a bathroom or under a car. The concern was, what was this thing built for? Do we take him into custody?” said police spokesperson James McLellan.

Ahmed was marched out of the school in handcuffs and taken to a juvenile detention center to take his fingerprints. But the high schooler says he never claimed the device was anything but a clock.

“They thought, ‘How could someone like this build something like this unless it’s a threat?’” Ahmed said.

His father Mohamed Elhassan Mohamed, who had emigrated to the U.S. from Sudan, believes his son’s ethnicity may have been a factor. “He just wants to invent good things for mankind,” he said. “But because his name is Mohamed and because of Sept. 11, I think my son got mistreated.”

The case has attracted the attention of the North Texas chapter of the Council on American-Islamic Relations. 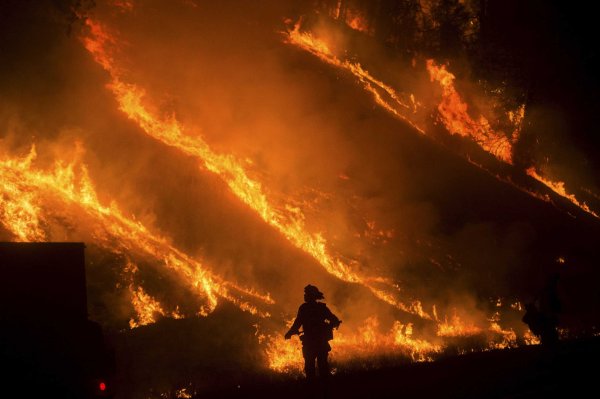 See What It's Like to Drive Through the California Wildfires
Next Up: Editor's Pick