The YouTube ban came hours after an anonymous account posted an alleged recording of Turkey’s intelligence chief discussing possible military operations in Syria with the foreign minister. That post was the latest in a series of purported Internet leaks damaging to Prime Minister Recep Tayyip Erdogan ahead of this week’s local elections.

Google, which owns Youtube, told Reuters that it was looking into reports that users in Turkey could not access the site.

Erdogan threatened to ban social media sites earlier this month after alleged audio recordings surfaced linking him to a recent corruption scandal. His government blocked access to Twitter last week, though some users could still find ways to access the site. A court ruling Wednesday rejecting the Twitter ban reportedly allowed the prohibition against the site to stay in place for 30 days. 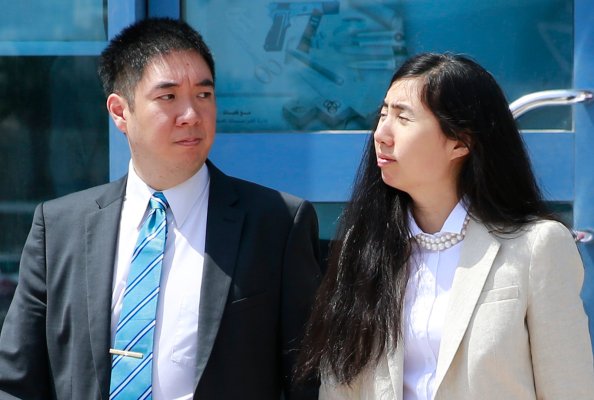 American Couple Sentenced to 3 Years in Qatar Adoption Case
Next Up: Editor's Pick