After playing a space explorer on television and movies since the ’60s, Nichelle Nichols is going on an official NASA mission on Tuesday.

The actress, known for her role as Lt. Nyota Uhura on Star Trek, will join NASA’s SOFIA observatory — a specially outfitted Boeing 747. Aboard is the Stratospheric Observatory for Infrared Astronomy instrumentation, which makes deep-space observations from the stratosphere, above interference from water vapor.

Nichols will be one of SOFIA’s first non-essential personnel, taking the chance to field questions from Twitter users.

As Uhura, Nichols was one of the first African-American women on television to play a role other than a servant or black stereotype. Nichols has been a long time advocate of diversity in outer space and inspired generations of black space pilots, including current NASA administrator Charles Bolden.

Aboard SOFIA, Nichols will make observations of star-forming regions and a protostar in the Constellation Taurus. The flight is set for an 8 p.m. PST departure from California, where it will fly over much the American West and into Canadian airspace. 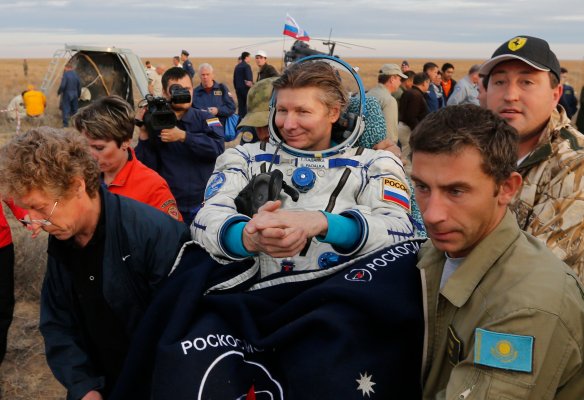