The two drawings at the center of the new controversy appear to target Europe’s widely faulted response to the migrant crisis currently sweeping the continent. One cartoon shows a toddler face-down on the beach beside a billboard advertisement offering two kid’s menu meals for the price of one, with the caption “So close to making it.” The other, captioned “Proof that Europe is Christian,” depicts a Jesus-like character walking on water, while another is sinking head first, with the former remarking “Christians walk on water” and the latter saying “Muslim children sink.”

Many commentators, both in the press and on social media, expressed outrage at the magazine, with some even threatening legal action. Others have defended Charlie Hebdo, saying the cartoons were clearly intended to indict European governments for failing to address the migrant crisis.

Hebdo is no stranger to controversy, and has long taken pride in satirizing even the most serious of issues, sometimes to tragic results. A deadly attack on the Charlie Hebdo offices by Islamist militants last January killed 11 of the magazine’s staffers and made it a symbol of free speech. 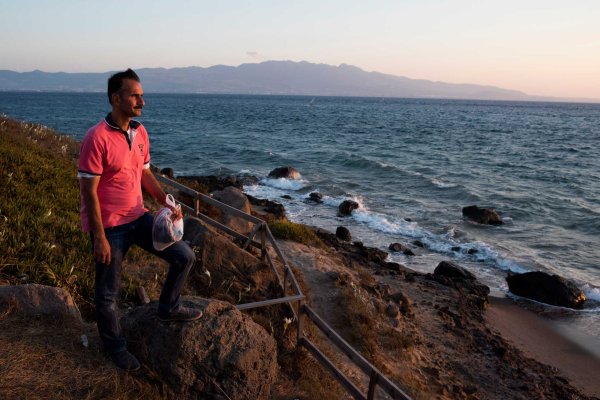 This Syrian Refugee Wants to Swim to Europe
Next Up: Editor's Pick