Subway co-founder and CEO, Fred DeLuca, died on Monday night at the age of 67, the Associated Press reported.

DeLuca had been diagnosed with leukemia in 2013 and was reducing his leadership role at the company while he received treatment. His sister, Suzanne Greco, became president of the company earlier this summer to oversee day-to-day operations.

DeLuca passed away just weeks after Subway’s 50th anniversary. He opened his first sandwich shop in 1965 when he was 17 years old, following the suggestion of family friend and co-founder Peter Buck. Buck gave him $1,000 to start the business so that DeLuca could fund his college education.

The first store was located in Bridgeport, Conn., and was called “Pete’s Super Submarines,” where sandwiches sold for no more than 69 cents. The owners changed the name to “Subway” in 1968 and decided to grow the business by franchising.

The business grew exponentially, reaching 2,000 locations by 1988 and quadrupling that number by 1994. Today Subway has over 44,000 locations. 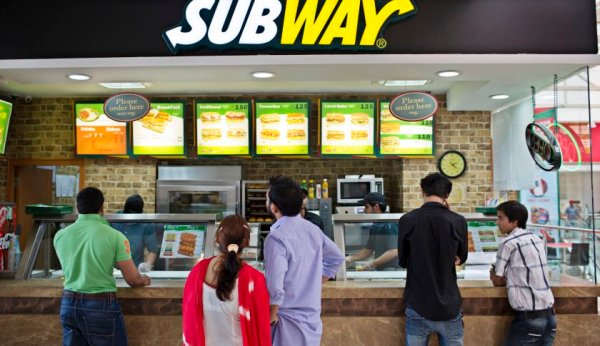 This Famous Fast-food Chain Just Turned 50
Next Up: Editor's Pick