Here's What Private Companies Know About the Economic Recovery

If you want to know where the economy is heading, don’t look at the S&P 500. Look at what private companies are doing. Over the last 20 years or so, both the number and size of private firms in the US has grown. And—without the short-term pressure of the public markets to contend with—they often provide a better window into what is actually happening on Main Street rather than just Wall Street. Look closely and you’ll find that private companies have accurately predicted key issues such as where U.S. GDP growth is likely to be in a year’s time and whether employment numbers will rise or fall.

So what is happening in private firms, and what might it mean for interest rates (and consequently, the markets) as the Fed considers a rate hike at its meeting this coming Wednesday and Thursday? The consulting firm PwC came out Sept. 15 with its latest Trendsetter data, a survey in which 300 private companies are asked how their management feels about where the economy is heading, revenue expectations, hiring intentions, investment focus, etc. The consensus among these firms was that the U.S. is in a continued recovery, but not one that’s gaining a tremendous amount of steam.

Hiring is up, but only by 2% or so–not enough to create the kind of job market tailwind that would push wages up. Firms expect that average hourly wages will only rise moderately (roughly 3%) over the next year. Again, not the sort of uptick that would boost growth in an economy made up 70% of consumer spending. Why aren’t firms hiring more? The biggest impediment to hiring, according to the surveyed firms, is lack of required skills in the jobs market. “The private companies we survey want to hire more, but given the numbers of long term unemployed in the US, there has been a lot of skill atrophy, and firms either can’t find people with the skills they need, and aren’t willing to offer big pay hikes to those they do hire given this,” says PwC partner Ken Esch.

Combine still stagnant wage growth with low commodities prices, and you don’t get much of an uptick in inflation. That may well mean that the Fed could decide to keep the brakes on an interest rate hike a bit longer. The question is, will more easy monetary policy actually do anything to help Main Street? My sense is, no, and it also delays the market correct that many people feel is inevitable. But the Fed’s mandate is to keep employment high and inflation low. With the former only just coming back to normal levels, and the latter still lagging, the pressure will be on Fed Chair Janet Yellen to keep rates low longer. 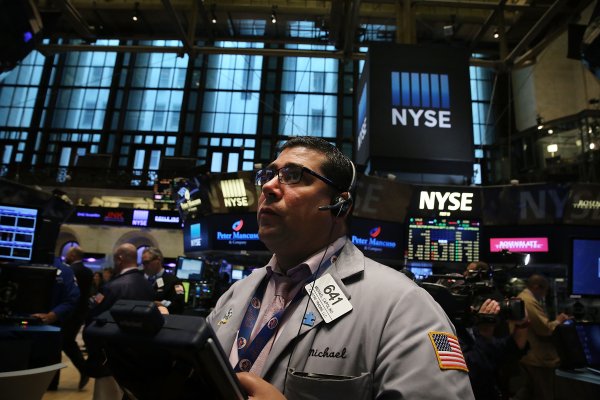 How Emotions Are Affecting the Stock Market
Next Up: Editor's Pick