Why Just Watch a Play or a Movie When You Can Get Immersed?

Ever since Star Wars first hit the screens back in 1977, countless people have dreamed of getting the chance to roam Tatooine’s sand-swept plains for themselves. And for the last few months, tens of thousands of fans have done exactly that in a secret location in east London.

As part of the latest installment of Secret Cinema, the immersive film-screening company that’s steadily gained popularity in London since its 2007, audiences are dressing up in their intergalactic finest and visiting a top-secret location that’s been transformed into a Star Wars inspired world, complete with sand, bustling cantinas, Jawas trading seeds and stormtroopers stomping around. (The production, which began in June, runs until Sept. 27.) Though the Jawas and stormtroopers are actors, hired to enhance the experience, it can be hard to spot anyone not dressed in Galactic rebel-inspired costumes. The event’s centrepiece may be a screening of The Empire Strikes Back, but it’s the immersive setting, where everyone looks and acts like a character in the film, that’s the real draw.

Secret Cinema “was based around this idea of What if you could be inside a movie?” the company’s founder Fabien Riggall tells TIME. “I wanted to create imaginary experiences where people just get catapulted into a world where they can be anything they want to be, they can talk to anyone they want to talk to and also become part of it.”

Instead of simply going to a cinema and quietly staring at a screen for two hours, Secret Cinema’s trying to transform watching a film into an full-on interactive adventure. That immersive experience falls in line with a host of other companies who are set on changing the way people experience culture. Because when it comes to immersive events, the audience doesn’t just watch the story — they become part of the story.

“All the world’s a stage, And all the men and women merely players” As You Like It, William Shakespeare

The British theater company Punchdrunk is known for its provocative plays where audiences don masks and follow actors around as they recreate pantomime scenes in large buildings. Its production of Sleep No More, a loose spin on Macbeth, has been staged in London, New York and Boston. Felix Barrett, the creative director of the company, which was started in 2000, says he was inspired to experiment with the way audiences and actors interacted after becoming bored with much of modern theater. “It felt like it was switching off,” he says. “It was closing you down. And surely good art should wake you up and your body should be ready to receive it.”

Immersive productions have caught on in the U.K. and different companies provide different experiences—some more immersive than others. While productions held by Secret Cinema and Punchdrunk tend to have set stories that the audience can join in on, the critically acclaimed British theater company You Me Bum Bum Train (often shortened to YMBBT), which was founded in 2004, allows its audience run the show. A performance involves volunteer actors in different settings but they take all their cues from the individuals attending based on how they react to the sets.

Stateside theater companies have also been increasingly experimenting with immersive productions. Notably, Third Rail Projects is currently putting on Then She Fell (in Brooklyn until December), which is billed as an immersive play “combining a hospital ward, the writings of Lewis Carroll, and just 15 audience members per show.”

As the immersive theater experience has caught on, productions have also become more ambitious. Secret Cinema’s Star Wars: The Empire Strikes Back is its biggest show to date and the company is planning a production in Los Angeles. Punchdrunk’s Barrett says his company also has big plans—though details are currently under wraps—with more productions planned in the U.S.

While the idea of being thrown into the mix, without knowing what will happen, might seem stressful for more introverted audience members, immersive cultural experiences have been a big hit. Many events earn rave reviews from critics. What’s more, tickets often sell out quickly, even without elaborate or sustained advertising campaigns. Word of mouth alone is often enough to intrigue audiences. As Secret Cinema’s Riggall says of the productions, “I think they’ve opened up the audience to the unexpected.” 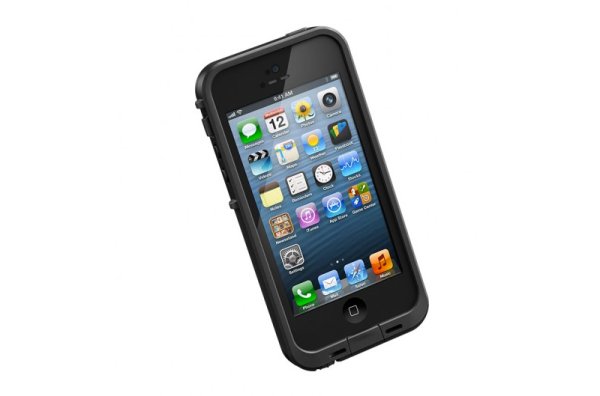 This Supercut of Movie Phone Calls Is The Best Game of Telephone Ever
Next Up: Editor's Pick