Lena Dunham Wants You to #AskYourMother About Abortions Before Roe

Lena Dunham and Jenni Konner asked two septuagenarians about life before Roe v. Wade, the Supreme Court decision that legalized abortion, and they want young people across the U.S. to do the same.

In a preview from the Girls masterminds upcoming digital newsletter Lenny Letter, Konner and Dunham argue that the stories of women and men who experienced abortion before it was legal are important given the recurring interest in stopping the practice. Several states have already placed restrictions on the procedure, many in the south. Congressional Republicans are seeking to defund Planned Parenthood in the wake of a series of secretly-taped videos that anti-abortion activists say show officials from the organization discussing the sale of fetal tissue. Planned Parenthood has repeatedly written the videos off as deceptive and misleading and denies profiting from fetal tissue donations.

In Tuesday’s letter, which comes a little under two weeks before the 15th anniversary of the introduction of the abortion pill, Konner’s mom Ronnie Konner, 72, shares the story of her pre-Roe abortion. Konner traveled across the U.S.-Mexico border alone to get an illegal abortion, paying a man she’d never met $300 and hoping for the best.

Dunham and Konner think that by having young people inquire about peoples’ experiences before the practice was legal because “talking about it keeps it from being shameful.”

“It reminds us where we’ve come from and why we can’t go back there,” they write. 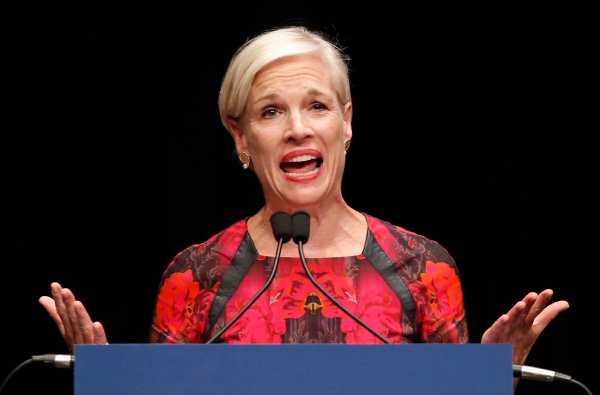