A thick layer of smog from forest fires is suffocating large swaths of Indonesia’s largest island of Sumatra as well as parts of neighboring Malaysia and the affluent city-state of Singapore.

Blazes have intensified over the past two weeks in Riau province on Sumatra’s central eastern coast, leaving tens of thousands ill. Schools have been shuttered and flights canceled, with residents forced to wear face masks to guard against respiratory problems.

Hundreds gathered Tuesday morning in Riau’s capital city Pekanbaru, where officials have issued a state of emergency, and were seen crying and praying for rain in front of the governor’s office. Fires and thick smog also blighted the Kalimantan provinces of Indonesian Borneo.

On Friday, the Jakarta government sent more than 1,000 troops to fight the blazing fires in southern Sumatra, Reuters reports.

Nevertheless, air quality continues to deteriorate and remains at hazardous levels. More than 22,500 cases of acute respiratory tract infections have been recorded in southern Sumatra with 100,000 in East Kalimantan province.

The haze has spread across the region, and fears are mounting that the upcoming Grand Prix in Singapore this weekend might be called off. More than 1.5 million students have been sent home from school closures in Malaysia.

The fires are a seasonal phenomenon over much of Southeast Asia owing to traditional “slash and burn” agriculture techniques, though environmentalists say the problem has been exacerbated by illegal land clearances to make way for lucrative paper and palm oil plantations.

“The key point is that the fire and haze problem in Indonesia is complex, with multiple actors playing a role,” ecologist Erik Meijaard wrote in the Jakarta Globe. “Anyone who has ever spent time in Kalimantan or Sumatra during the dry season knows that burning land for agriculture, for hunting, or just for fun is a favorite pastime of many.”

Civil activists in Pekanbaru used drone footage to produce a video that highlights the scale of the haze. 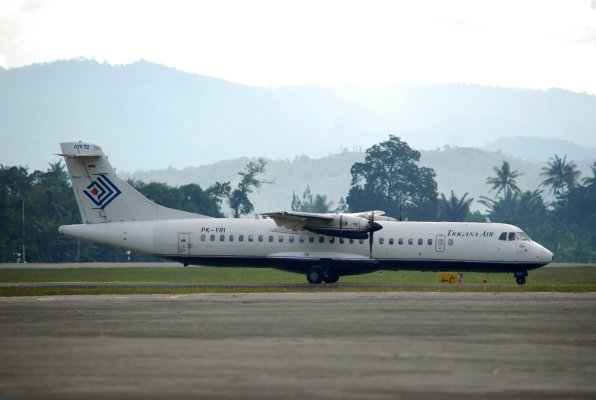 Crashed Indonesian Plane Was Carrying $470K
Next Up: Editor's Pick