The Pentagon Says Russia Is Planning an Air Base in Syria

Passengers disembark from a Syrian airplane, coming from the northern Syrian province of Qamishli, upon their arrival at al-Basel Internation Airport in the coastal city of Latakia on May 24, 2015.
YOUSSEF KARWASHAN—AFP/Getty Images
By Joanna Plucinska

The Pentagon believes Russia is planning to build a military air base at an airport in the Syrian coastal city of Latakia, ABC radio reports.

The city is one of Syrian President Bashar Al-Assad’s remaining bastions of power. Russia has refused to comment on the allegations, Reuters says.

“We have seen indications in recent days that Russia has moved people and things into the area around Latakia and the air base there,” Navy Captain Jeff Davis reportedly said Monday at an off-camera briefing. The Pentagon claims to have spotted 200 naval infantrymen and twelve army personnel carriers in the area.

Russia is one of the biggest supporters of Syrian President Bashar Al-Assad’s regime, while many Western countries oppose both the regime and its enemy ISIS.

Davis said that the U.S. would be happy to accept the support of Russian troops in the coalition fight against ISIS, but not if they are fighting with the Syrian regime.

Reports out of Lebanon earlier this month asserted that Russian troops had joined Syrian military operations.

According to Reuters, Syria’s ambassador to Russia, Riad Haddad, vehemently denied any military presence in Syria at a press briefing on Monday. He made the denial even though the Russian Foreign Ministry has confirmed the presence of military advisers in the war torn nation. 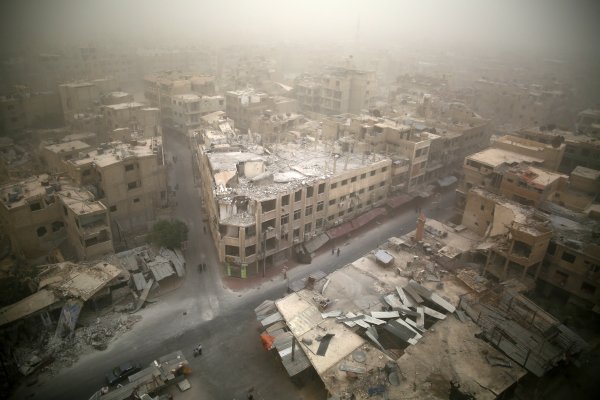