There Is Nothing Wrong With Asking Tom Hardy About Sexuality

Actor Tom Hardy speaks during the 'Legend' press conference at TIFF Bell Lightbox in Toronto on Sept. 13, 201.5
Juanito Aguil/WireImage
Ideas
By Brian Moylan
Brian Moylan is a writer and pop culture junkie who lives in New York. His work has appeared in Gawker, VICE, New York magazine, and a few other safe-for-work publications.

Tom Hardy’s sexual orientation has made headlines in the past. Now, his refusal to talk about talking about sexuality is causing a stir. It shouldn’t.

On Sunday, at a press conference at the Toronto International Film Festival for Hardy’s new movie Legend, in which Hardy plays a gay man, reporter Graeme Coleman from the LGBT news outlet Daily Xtra asked Hardy: “Do you find it hard for celebrities to talk to media about their sexuality?” After an awkward back-and-forth, Hardy shut down the question with “Thank you.”

Digg posted the video with the headline “Tom Hardy Has The Perfect Answer To Reporter Asking Him About His Sexuality.” But if anything this should make Hardy look bad, not the reporter.

There is nothing embarrassing about being gay. There is nothing dirty or taboo about it. Asking someone if he or she is gay is the equivalent of asking if they are married, if they were raised Christian, of if they have a bachelor’s degree. It is a factual question. Just because being gay affects who a person has sex with, this is not a question about his or her sex life. It’s not asking about which sexual positions a person prefers or how often they masturbate. Those are, of course, personal matters that should never be asked about (unless by a very close friend at a boozy brunch).

The reason why some people don’t want to ask—both at press conferences and at cocktail parties—is because there is still that little lingering doubt in the back of their minds that there is something wrong with homosexuality. If you ask someone whether he or she is gay, and he or she is not, they should not feel badly about themselves or about you.

Gay people are, in most cases, happy to tell you that they are gay. Straight people hardly ever get asked whether they’re straight or gay and might be taken aback by the question, but they seem to never have a problem setting the record straight. (Asking how much someone makes or how much they spent on a dress, however, is still off limits.)

Regardless, these questions are especially relevant given Hardy’s past statements and his role in this movie. In 2008, while Hardy was promoting another movie in which he played a gay man, British gay lifestyle magazine Attitude quoted him saying “I’ve played with everything and everyone.” Hardy later denied that he ever had sex with men and said he was misquoted. In Legend, Hardy plays both Reggie and Ronnie Kray, twin British gangsters. Ronnie is known to have been gay, and recent reports claim that both brothers were bisexual.

That’s likely why the reporter asked about Hardy’s sexual orientation. It’s the same reason why a reporter might ask the man playing Jesus in a TV movie whether or not he was raised Christian. It doesn’t question his competence as an actor, but it does have relevance to what sort of personal experiences he brings to the role.

I get why Hardy is upset with the inquiry—the question has been asked and answered. We don’t need to ask Neil Patrick Harris or Wanda Sykes about their sexuality for every role they play. The issue is that the question is whether Hardy finds it hard for celebrities to talk about their sexuality, and Hardy says no when everything about his response seems to say the opposite.

Those who are celebrating Hardy’s response seem to think that keeping people from asking about sexual orientation is helping end homophobia. It’s just the opposite, in fact. It further convinces people that being gay (or even asking if someone is gay) is something shameful that needs to be hidden. It’s not.

A more honest, interesting answer would have gone something like this:

That would have been the perfect answer, but Hardy unfortunately didn’t give it. 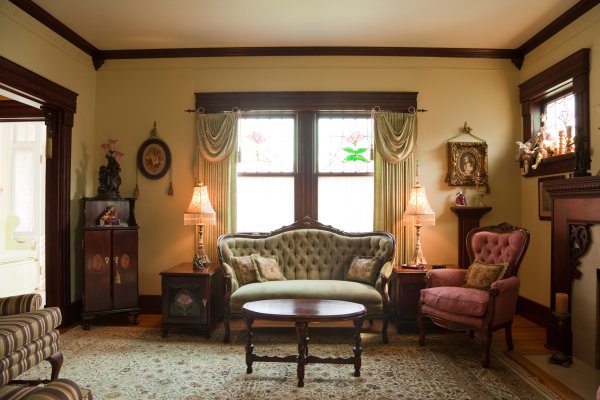 Why We Shouldn't Laugh at Those Dress-Up Victorians
Next Up: Editor's Pick