Here Are 5 Pope Francis Quotes On the Economy and Inequality

Everyone’s favorite pope (sorry, Benedict) is making his first trip stateside next week and officials in the three cities hosting Pope Francis are already gearing up for huge crowds — and a huge boost in tourism revenue.

Starting next Tuesday, Pope Francis will pass through Washington, D.C., New York City, and Philadelphia over the course of six days. The arrival of the so-called “people’s pope” — with the subsequent increase in tourism, hotel and restaurant spending — is expected to generate anywhere from $400 million to half a billion dollars in Philadelphia, while D.C. and New York should also see major tourism boosts.

In addition to the effect he can have on local economies simply by showing up, Pope Francis has also had plenty to say about matters of finance and economics during his papal reign. In honor of Pope Francis’ American visit, here are five quotes from the head of the Catholic Church on issues such as the global economy, capitalism, and poverty.

In 2013, Pope Francis wrote a massive statement, called an apostolic exhortation, in which he decried what he called the “idolatry of money”:

From the same 2013 writing, on the theory of trickle-down economics:

In a speech in Bolivia earlier this summer, the pope sounded off on a single-minded obsession with money. (His quoting of Saint Basil the Great resulted in a backlash, but Pope Francis defended his comments as following the tenets of the Catholic Church.):

And, in the same speech, speaking (in Bolivia earlier this summer) about economic inequality:

Last year, a Fortune magazine story investigated the finances of the Vatican, the seat of the Catholic Church, and Pope Francis’ efforts to steer financial reform. From that article: 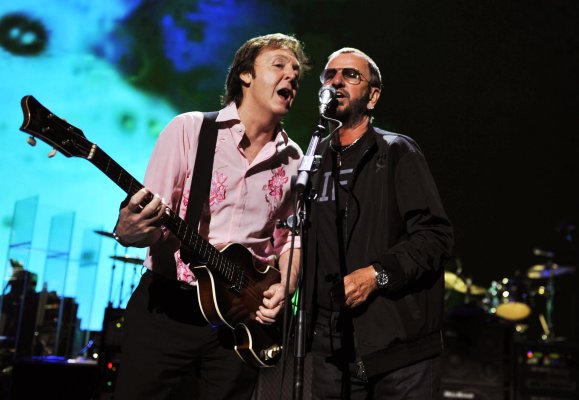 Ringo Starr Is Auctioning Off Some Awesome Beatles Memorabilia
Next Up: Editor's Pick