Vitamin D is a controversial topic among doctors, mainly because studies about its health effects have been so conflicting. While vitamin D is critical for many body systems, including bones and the brain, recent studies that have tested these assumptions haven’t been reassuring. In March, for example, a large study found that vitamin D supplements did not lower the risk of falls, or their resulting injuries, in the elderly.

That called into question other potential health effects of the vitamin, so researchers led by Joshua Miller at Rutgers University and University of California Davis decided to look at how vitamin D levels among different ethnic populations affected brain function. Because low vitamin D levels have been connected to a higher risk of dementia and Alzheimer’s disease in previous studies, the group wanted to further investigate the relationship, especially among ethnic groups who traditionally have low levels of vitamin D.

The study, published in JAMA Neurology, involved 383 people enrolled in a long term Alzheimer’s study who participated in a series of cognitive studies and had their blood levels of a version of vitamin D measured yearly for five years. At the start of the study, 61% of the volunteers had vitamin D levels below recommended levels, and those with dementia showed lower levels of the vitamin.

People with lower levels of vitamin D also had lower scores on certain memory and executive function tests. This pattern remained even after the researchers accounted for factors such as age, education, BMI, circulatory issues that can affect dementia, and the presence of known Alzheimer’s-related genes.

As expected, the African-American and Hispanic participants showed lower levels of vitamin D on average compared to the white participants, and these groups also have lower cognitive scores as a result. When the researchers looked at how changes in vitamin D levels affected brain function, they found that those starting out with lower levels showed faster decline after five years than those who began the study with higher levels of vitamin D.

The authors note that the major sources of vitamin D are through the diet, from sunlight (which can transform vitamin D precursor compounds in the skin into its active form) and via supplements. Racial and ethnic populations with more skin pigmentation may not be able to take advantage of the sun-based forms of D compared to whites, but it’s not clear yet whether supplements are the answer to overcome any vitamin D deficiency. “I don’t know if replacement therapy would affect these cognitive trajectories,” said Dr. Charles DeCarli, director of the Alzheimer’s Disease Center at University of California Davis and senior author of the study, in a statement. “That needs to be researched and we plan on doing that.”

For now, conflicting reports about vitamin D’s effects on other body systems, like bones, and the lack of consistency in measuring the active form of the vitamin make it difficult to reach a consensus on how important vitamin D is for overall health. But a definitive study expected to publish its results in 2017 may finally provide some much-needed clarity. That study, which involves 26,000 people and is being conducted in four countries, will look at vitamin D and its effect on heart disease, cancer, diabetes and more. 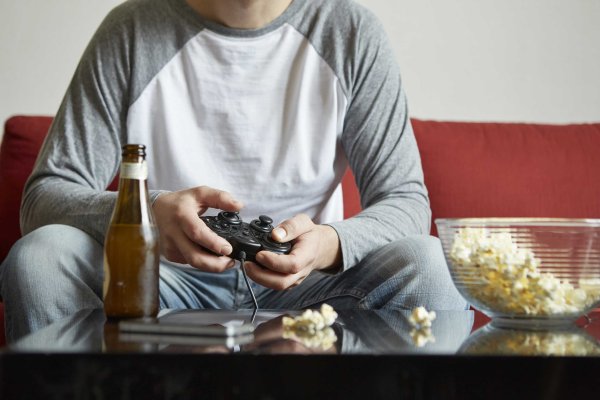 Here's Proof That You Are Wired To Be Lazy
Next Up: Editor's Pick