Malcolm Turnbull defeated Tony Abbott earlier today in a battle for leadership of the incumbent center-right Liberal Party. He will soon become Australia’s fourth prime minister since 2013. With this momentum, Turnbull will likely call an early election in the next few months, and he should defeat opposition Labor Party leader Bill Shorten to solidify his hold on the office.

Few outside Australia understand just how consistently productive that country’s economy has been. It’s been a lead performer among developed markets for decades and hasn’t suffered a recession in an incredible 24 years. But that remarkable run is now in real trouble. Those circumstances would leave any prime minister vulnerable, and Tony Abbott’s populist stances on social issues and skepticism on climate change weren’t enough to buoy his poll numbers and prevent an insurrection from within his party.

Turnbull, a former investment banker with strong support from much of the country’s business elite, promises a less ideological and more pragmatic approach to government. We can expect less focus on issues of concern for social conservatives and more on getting the national economy rolling again, bucking the trend we see now in Europe and the United States. With the popularity boost that comes with victory, Turnbull will focus on tax reform.

Unfortunately for Turnbull, Australia’s slowdown is not the result of mismanagement at home: It’s a problem made in China. The two countries signed a free trade agreement just three months ago, though Australia’s parliament has not yet ratified the deal. But the Chinese economy—and its demand for Australian iron ore and other commodities—now appears to be slowing faster than expected. The emerging giant has been Australia’s most important export market since 2009. China alone accounted for nearly 80 per cent of the value of Australia’s export growth since 2013, a contribution that’s about ten times the size of that from developed market partners like Japan or the United States. China has invested in Australia, and Australians have invested in China. But as China’s reform process slows the country’s growth, and as fears rise that the Chinese slowdown is significantly sharper than expected, Australia is already feeling the pain.

And there’s not much that any Australian prime minister can do about that. 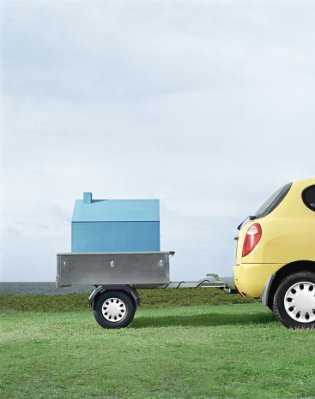 Australian Man Fined for Towing His Life on a Trailer
Next Up: Editor's Pick