Model With Down Syndrome Treads the Catwalk in New York

Madeline Stuart, an 18-year-old model with Down Syndrome, made her debut on the New York Fashion Week runway Sunday.

The redheaded teen from Brisbane, Australia showed off styles in a show at Vanderbilt Hall in Grand Central Terminal hosted by label FTL Moda with the Christopher and Dana Reeve Foundation and Global Disability Inclusion.

She told the New York Daily News, “It was fun,” but admitted she was exhausted and just wanted to “go to sleep.”

The teenager’s mother Rosanne credits social media for helping pave the way for Madeline’s Fashion Week debut. As she told AFP, “Social media has brought everything to the forefront. Things aren’t hidden anymore.”

Correction: The original version of this story misstated a sponsor of the event. It was Global Disability Inclusion. 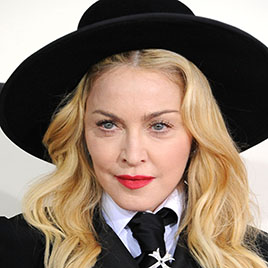 Watch This Weatherman Deliver an Incredible Madonna-Inspired Forecast
Next Up: Editor's Pick