How Age Differences Between Siblings Can Affect Autism Risk

Autism is a complex brain development disorder that involves a combination of genetic and environmental factors, and researchers continue to search for the most dominant drivers of the condition.

In the latest study from scientists at a Kaiser Permanente group in California, researchers report in the journal Pediatrics that the time between the birth of one child and the conception of the next may affect the second child’s risk of developing autism.

Two previous studies had found that either having kids closer together or widely spaced apart was associated with a 50% to two-fold increased risk of autism compared to children conceived 12 to 60 or 80 months after the birth of an older sibling. But it wasn’t clear whether the association was more driven by the spacing or by other factors, like the mother’s weight or whether the second baby was born preterm.

MORE: Researchers Zero in on the Best Way to Diagnose Autism

In the current study, Lisa Croen, senior research scientist and director of the autism research program at the Kaiser Permanente Division of Research, and her colleagues also accounted for these factors when analyzing their data. They studied 45,261 children born in northern California between 2000 and 2009 and controlled for factors such as the mother’s weight before, during and between pregnancies, the birth weight of the second baby, whether the second baby was born prematurely and adverse outcomes like stillbirth of the first pregnancy. (The mother’s obesity can be a potential risk factor for pre-term or low birth weight babies, and since those conditions are associated with increased risk of autism, there was a possibility that a shorter time between the birth of one child and the conception of the next might not leave the mother enough time to lose the additional weight gained during pregnancy.) But even after accounting for these factors, the connection between both shorter and longer times between pregnancies and the risk of autism spectrum disorders remained strong. For children conceived less than 12 months or more than 72 months after the birth of an older sibling, the risk of autism was two to three fold higher than for those conceived 36 months to 47 months later.

“We had the ability to look at a number of factors that might explain the findings and they actually didn’t explain them,” says Croen. “With all the data we had, we could not explain away what we found. So now we have to discover what it is about the short interval or long interval between pregnancies that increases the risk of autism in the second child.”

In the study, having an older sibling with autism did not seem to affect the relationship between spacing and autism risk. While previous work found a higher rate of autism among younger siblings of autistic children, in the current study, the risk of autism associated with pregnancy spacing was similar among younger siblings whether or not their older sibling was diagnosed with the disorder. What mattered more was how far apart they were born.

One of the strongest theories explaining the connection involves the mother’s nutritional status. Pregnancy can drain maternal stores of important factors such as folic acid, which are critical for neural development. Croen was not able to study the nutrition of the mothers in the study, but future studies should look more closely at how different nutritional states might affect autism risk in children born closer together.

For those born further apart, it’s possible that infertility issues involving the mom and dad may be playing a role; extensive spacing between pregnancies could indicate difficult in conceiving or carrying a baby to term, says Croen. While her study did not investigate this factor, it could be contributing to the autism picture for siblings born years apart.

While the results point to a possibly interesting factor that may be contributing to autism risk, Croen says that it’s important to remember that even the two- to three-fold increased risk is very small, given the overall risk of autism. About 1% of babies born in the US, or one in 100 babies, are diagnosed with autism spectrum disorders. So even three times that risk is still a small risk, she says.

Still, this data contributes to the growing knowledge of the variety of factors that might be affecting autism. For families who might be concerned about the possible influence that the timing of pregnancies might have on autism risk, the World Health Organization (WHO) recommends that children be spaced about two years apart for best maternal and child health outcomes. The WHO’s advice is based on studies showing that this pregnancy interval is associated with the least risk of low birth weight babies and pre-term delivery. “Our results support that recommendation that when families are able to plan, it’s best to space kids out at least two years apart,” says Croen. 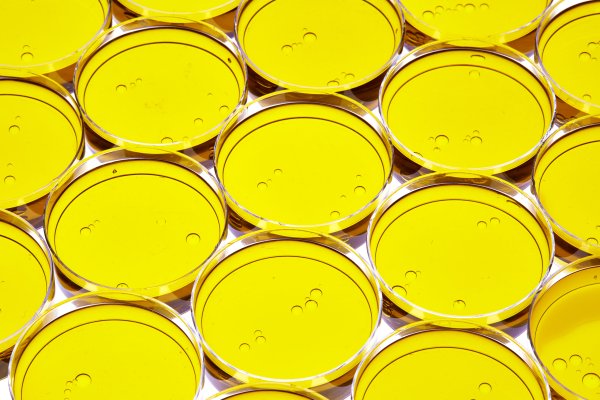