Nintendo Names a New Leader After Sudden Death of CEO

Two months after the passing of its former CEO, video gaming giant Nintendo has announced who will take the company’s helm.

The Japanese company announced Monday that Tatsumi Kimishima, a former banker and a longtime Nintendo director, is the choice to take over as CEO in the wake of the July death of Satoru Iwata, who led Nintendo for 13 years. Kimishima had most recently been serving as the company’s Managing Director after previously spending seven years as CEO of Nintendo of America.

Since Iwata’s passing, Executive Directors Genyo Takeda and Shigeru Miyamoto have steered the company, with most speculation centered around Miyamoto — known for creating classic Nintendo franchises such as Mario, Donkey Kong, and The Legend of Zelda — as the presumptive pick to be the next Nintendo CEO. Instead, it will be the lesser-known Kimishima, who joined the company’s Pokémon subsidiary in 2000 before becoming a Nintendo director two years later.

Kimishima now has to fill the large shoes left behind by his predecessor, Iwata, who passed away at the age of 55 due to a bile duct growth after having led the gaming company through one of its most successful periods as just its fourth president and CEO. Iwata’s legacy at the helm of Nintendo will likely be the Wii console system, which sold more than 100 million units.

The next step for the company will likely be mobile gaming, as Nintendo looks to launch a handful of mobile video game titles within the next two years. While the company has shown reluctance to enter the mobile gaming realm in the past, Iwata said in March that Nintendo would develop games featuring some of its classic characters through a partnership with smartphone game maker DeNA.

Meanwhile, as Nintendo’s most famous character, Mario of Super Mario Bros., celebrates his 30th anniversary this week, the company has recently received a boost from the online gaming, led by the success of online shooter Splatoon. 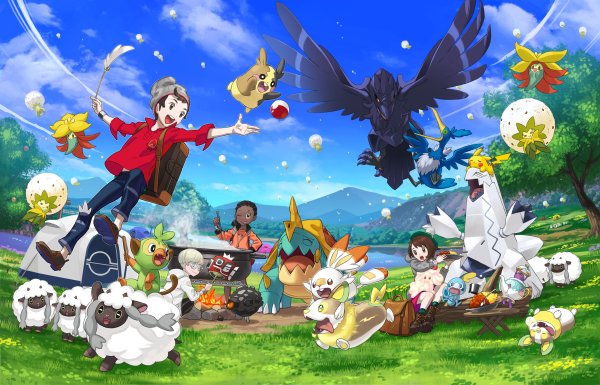 'Pokémon Sword' and 'Shield' Are Worth Playing
Next Up: Editor's Pick