Members of the Afghan national army stand guard near the dead body of a Taliban attacker in front of the main prison building after an attack in Ghazni province, eastern Afghanistan, on Sept. 14, 2015
Rahmatullah Nikzad—AP
By Nash Jenkins

More than 350 inmates escaped from a jail in the city of Ghazni in central Afghanistan after a raid by Taliban forces early Monday morning.

Mohammad Ali Ahmadi, deputy provincial governor of Ghazni province, said that the assault began at around 2:30 a.m. local time when six insurgents clad in military uniforms detonated a car bomb at the gates of the prison, al-Jazeera reported. They then fired a rocket-propelled grenade and stormed the facility. At least four police officers and three Taliban fighters were killed in the offensive, which lasted for several hours.

Most of the prisoners who escaped — around four-fifths of the entire jail — were Taliban operatives, the BBC reported.

“In this operation, 400 of our innocent countrymen were freed … and were taken to mujahedin-controlled areas,” Taliban spokesman Zabihullah Mujahid said in a statement taking responsibility for the attack. Afghanistan’s Interior Ministry put the number of escapees at 355.

The attack is the third major prison break in Afghanistan in recent years and the latest episode in the campaign of violence launched by the Taliban in late April.

“For the complete liberation of our beloved homeland from the yoke of foreign occupation and for the implementation of Islamic rule throughout the country, the Islamic Emirate [Taliban] is determined to prolong the ongoing jihad against the foreign invaders as well as their internal stooges,” representatives of the fundamentalist group said at the time. 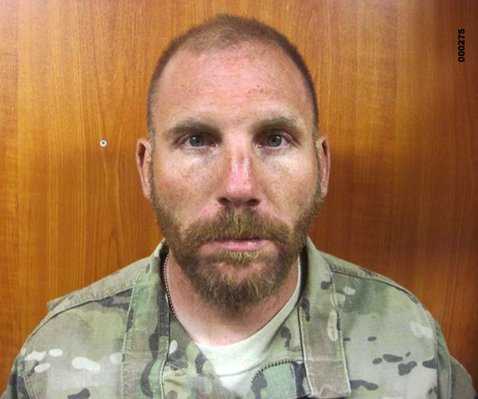 U.S. Soldier Convicted of Afghan Massacre Had History of Violence, Report Reveals
Next Up: Editor's Pick