When he travels to the U.S. later this month, Indian Prime Minister Narendra Modi will visit Facebook’s Silicon Valley headquarters, where he and Facebook CEO Mark Zuckerberg will lead a town-hall question-and-answer session. Zuckerberg announced the event in a Facebook post early Sunday morning.

In his own message on the site, Modi encouraged his 30 million followers to share their questions for the event on Facebook and the Narendra Modi Mobile App, a platform launched earlier this summer to keep the people abreast of the Prime Minister’s politics.

Modi has worked diligently to establish himself as a leader sensitive to the digital age’s standard of connectivity. He has nearly 15 million followers on Twitter — more than Kanye West and the NFL, though fewer than Britney Spears or Oprah Winfrey.

By Monday morning, Modi’s Facebook post about the event had been liked more than 74,000 times, with at least 2,000 people commenting to submit their own questions for the forum on Sept. 27. Some users wryly asked him to request that Zuckerberg get rid of notifications from game apps on the social network; some simply confessed their adoration for the Prime Minister, who was elected last May after serving for 12 years as the chief minister of the western state of Gujarat.

Some wanted to know if the government was doing anything to reduce pollution in the capital New Delhi, by some measures the world’s most polluted city, or why Modi was “promoting Hindi alone … [and not] all the [Indian] languages equally.”

On Sept. 28, the day after he visits Facebook, Modi will sit for his third bilateral summit with U.S. President Barack Obama in New York City. His agenda is otherwise laden with meetings with Silicon Valley heavyweights. He has already scheduled appointments at Google’s headquarters in Mountain View and the Tesla Factory in Fremont, the San Jose Mercury News reports. 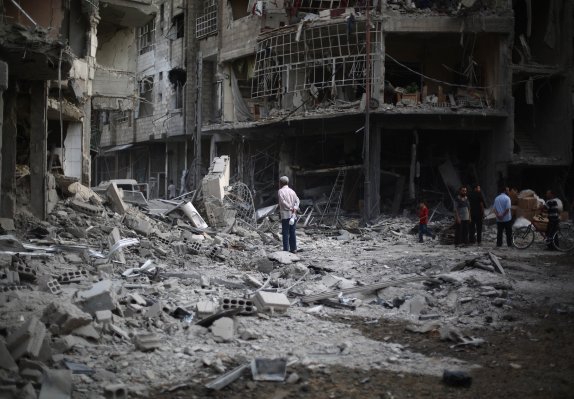 Russia Will Continue Sending Military Supplies to Syria
Next Up: Editor's Pick