Apple's Event Revealed This One Truth About the Company

Apple’s event last week revealed a basic truth about the company: It wants to own every screen in your life. The one on your desk, the one in your pocket, the one on your wrist and so on. The Mac, iPhone, iPad and Apple Watch are all entry points to Apple’s services, like iTunes, iMessages and more. Apple is in the unique position to control a hardware and software ecosystem, and all of these services continue to drive demand for Apple devices.

The new products Apple launched last week (The iPhone 6s, a bigger iPad called the iPad Pro, and a new Apple TV) are meant to expand Apple’s hardware portfolio, enticing people to buy new products that are better than ever at accessing Apple’s services and app ecosystem. Let’s break them down one by one.

The new Apple TV’s combination of Siri and better search break new ground. Just ask Siri to find movies with a particular actress, and there you are. But the real virtue of the new Apple TV is that it’s been opened up to third-party developers, who will bring all types of new apps and games to our televisions via the device.

The Apple TV is clearly no longer just “a hobby” for the company, and it will be a big moneymaker. We estimate the company will sell close to 12-24 Apple TVs in its first 12 months on the market. Expect the device to eventually become a full-on set-top box that can deliver local programming and serve as a smart home hub for products that work with Apple’s HomeKit system.

iPhone 6s and 6s Plus

Apple’s new iPhone 6s and 6s Plus are incremental mid-model refreshes, but they add new features designed to make people want to upgrade. The new 3D Touch, for instance, makes it possible to lightly touch an email subject line to get a quick preview of the whole message. Apple calls this new gesture “Peek and Pop.” Apple also upgraded the iPhone’s hardware, putting a 12-megapixel camera on the back and a 5-megapixel camera on the front.

To date, only about 27% of Apple smartphone owners have upgraded to the iPhone 6 or iPhone 6 Plus. But these new iPhone 6s models should be a big hit. Last holiday season, Apple sold 74 million iPhones. We predict Apple will sell closer to 82-85 million this time around. And we foresee strong demand in China in Q1, as Chinese New Year means lost of gift-buying.

Even the new iPad Pro is designed to drive more people to Apple’s apps and services. But where this 12.9 inch tablet will really shine is among business users. While other companies have had big tablets on the market, Apple differentiates its version with a $99 stylus accessory called the Apple Pencil designed to give users a drawing a design tool that works at the pixel level. Graphics artists, designers and engineers may use the iPad Pro over tools like Wacom tablets. Microsoft also showed off a version of Office for the iPad Pro, software that will give the new tablet an even better chance in the enterprise.

Still, tablet sales worldwide are down for everyone, and it’s hard to tell if the iPad Pro will excite Apple’s base. But we believe it will be in high demand with graphics professionals and business users who want more screen real estate and an official keyboard case.

Together, we believe these products will help keep Apple’s momentum moving along through 2016. In fact, many financial analysts polled after the Apple event have the company rated as a buy or outperform with stock targets anywhere from $139-172 over the next few years. 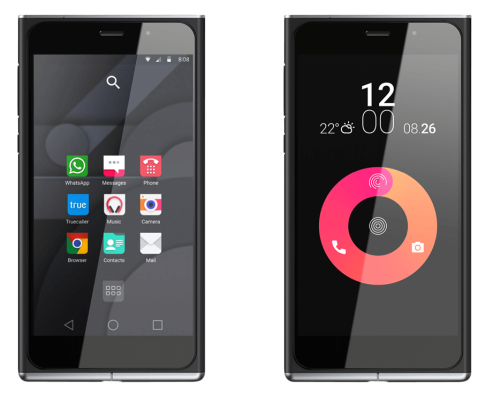