Tara Ruby, a former Air Force servicemember who served between 1997 and 2001, remembers a time when lactation rooms dedicated to breastfeeding mothers was practically non-existent in the military. As an active duty mother herself, she remembers having to sneak into bathrooms and empty offices to feed her newborn son.

So when the Fort Bliss Army base in El Paso, Texas, opened a lactation room, Ruby—now a photographer—sought to offer wall decor that was inspiring and inviting.

Her project became a now-viral photograph of ten mothers breastfeeding in uniform.

“I thought it was be nice to offer some photographs as an additional show of support,” she told CNN. “Seeing a picture like that helps mothers understand they can be an active soldier and provide support to their children.”

The photo was originally posted on Thursday evening but removed for unknown reasons on Friday morning, at which time Ruby posted it again with the hashtag #normalizebreastfeeding. The photo went viral, being shared more than 4,000 times within 23 hours.

Ruby said her goal was to show that “even our mommies in uniform can provide for their babies.”

“Breastfeeding their babies doesn’t make them less of a soldier,” she said. “I believe it makes them a better one. Juggling the tasks and expectations of a soldier, plus providing for their own in the best way they possibly can, makes (these) ladies even stronger for it.” 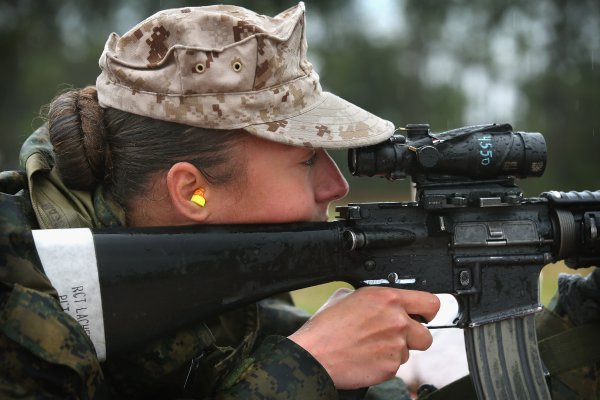