Illustration by Sydney Rae Hass for TIME
By Olivia B. Waxman

It all started with a bee sting on his testicle. It didn’t hurt as much as Michael L. Smith, a neurobiology and behavior PhD candidate at Cornell University, expected, and he wanted to know why. Did stings hurt more in some areas of the body than others? The best way to find out, he surmised, was to sting himself at 25 different parts of his body and then rate the pain on a scale of 1-10. His resulting “sting pain index” ranked the nostril, upper lip and penis shaft as most painful and the skull, middle toe tip, and upper arm as least painful.

That study was not only published, but it also won him an Ig Nobel Prize—an annual Harvard University tradition of recognizing strange-but-true research that “makes people first laugh, then think,” according to the ceremony’s founder Marc Abrahams, who also edits the science humor magazine Annals of Improbable Research. Smith got one of 10 prizes awarded on Thursday night in Boston. The winners are selected by a panel of about 100 experts, who judge more than 9,000 nominations each year.

Another Ig Nobel winner was David L. Hu and a team of Georgia Tech researchers who wanted to understand why most humans, regardless of their size or age, tend to urinate for the same length of time. Hu got the idea for this study when he was potty training his toddlers and thought it was weird that a child and an adult could take the same amount of time to produce vastly different volumes of fluid. He wondered if that was also the case among non-human animals, so he and his colleagues watched 28 YouTube videos of animals urinating, personally filmed 16 in the act — including elephants and goats at Zoo Atlanta — and reviewed the medical literature to conclude that all mammals above about 7 pounds take about the same amount of time to empty their bladders—21 seconds plus or minus 13 seconds. Their results, which have to do with urethra length, were published in the Proceedings of the National Academy of Sciences (PNAS).

One of this year’s Medicine prizes goes to Japanese allergist Hajime Kimata, who watched eczema patients and hay fever patients make out with their significant others for 30 minutes as “soft” music played. In one study, subjects got skin prick tests before and after the kissing, and two weeks later, the subjects repeated the exercise by hugging instead of smooching—this was the control experiment. Kimata found that kissing reduced skin allergies, perhaps because it has a stress-relief benefit.

Another prize, this one in Management, goes to three business school professors, Gennaro Bernile, Vineet Bhagwat, and P. Raghavendra Rau, for their paper “What Doesn’t Kill You Will Only Make You More Risk-Loving: Early-Life Disasters and CEO Behavior.” They suggest corporate leaders who have been exposed to “natural disasters without extremely negative consequences” are more likely to engage in risky behavior than CEOs who lived through events with a lot of fatalities. It is based on an analysis of birth dates and birth places of about 1,700 American-born CEOs and county-level data on natural disasters. From there, the researchers “infer” their “likely exposure to natural disasters during their formative years”—ages 5-15. It aims to contribute to literature that tries to predict how these business leaders will act.

Though the winners’ work can sound silly, some Ig Nobel Prizes winners have made serious contributions to the field. In 2006, for instance, medical entomologist Bart Knols won an Ig Nobel Prize in Biology for using a tiny piece of limburger cheese to attract an African malaria mosquito that is drawn to the smell of human feet because the bacteria that produces foot odor is closely related to the bacteria in limburger cheese. A project that uses traps baited with synthetic mixtures of the aroma received a $775,000 grant from the Bill & Melinda Gates Foundation in 2011, and recently traps were used in Kenyan homes. “What started as a joke is now transforming into possibly a new way to control malaria in Africa,” Knols says.

It remains to be seen how much of an impact the 2015 winners will make. Smith hopes his “sting pain index” will encourage future research on the topic. And Hu hopes his team’s finding that longer urethras increased urine flow rate would inform designs for more efficient water towers or hydration backpacks by encouraging the use of longer pipes or hoses, respectively. His team has moved on to studying the physics of defecation in mammals. Or as he puts it, “We went from number one to number two.”

His joke is perfectly in line with the purpose of ceremony, which, founder Marc Abrahams explains, is to “make people become interested in science and enjoy it. If you’re laughing at something, that means you’re paying attention.”

See a list of 2015 winners and past winners here. 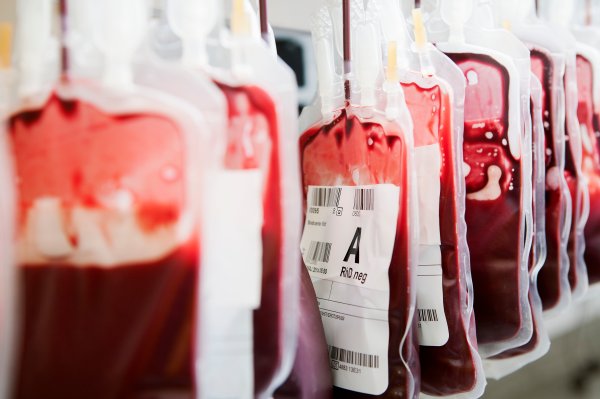