President of the Islamic Republic of Iran Hassan Rouhani during a meeting with Prime Minister of the Republic of India Narendra Modi on July 09, 2015.
Sergey Guneev—Getty Images
By Tanya Basu

Iran’s President Hassan Rouhani tweeted out best wishes to Jews all over the world for Rosh Hashana, the Jewish New Year that begins at sunset on Sunday.

Rouhani, seen as a “moderate” compared to his firebrand predecessor, Mahmoud Ahmadinejad, who famously questioned whether the Holocaust happened, has played an instrumental role in the nuclear deal moving through Congress at the moment. Some Jewish lawmakers, such as Sen. Chuck Schumer, have voiced concerns over the deal and the historical rivalry between Iran and Israel, while others are supporting it.

This isn’t the first time Rouhani has extended new year greetings to Jews: the tradition began in 2013, when he was first elected to office.

But Rouhani has admitted that he doesn’t control his own Twitter account: at the World Economic Forum in Davos in 2014, he confessed his Rosh Hashana tweet for the previous year was written by “friends.” 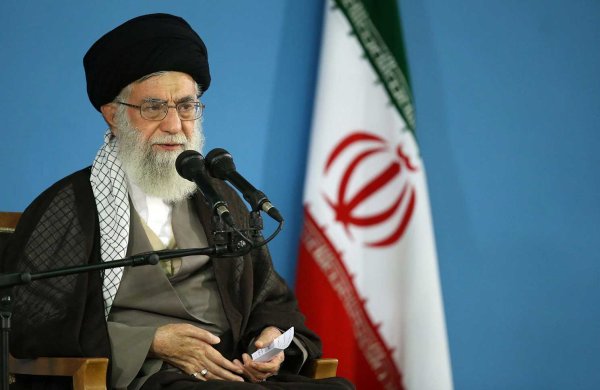 Iran Renews Attacks on the U.S. and Israel In Spite of Nuclear Deal
Next Up: Editor's Pick