Congratulations, comrades! Jeremy Corbyn is Labour leader, in the best decision the Labour party could have made in its current state.

But before unfurling the red flag over the Palace of Westminster, Corbyn isn’t a good pick for any of the reasons his supporters would give.

It is not because his socialist credentials – far left of where his party has been for the past 15 years – will provide a “real opposition” to the ruling Conservative party. It is not because his anti-austerity message has inspired thousands of young people to “engage” in politics. And it’s not even because, unlike his rivals in the Labour leadership election, he “stands for something”.

No, the reason Labour supporters – and all those invested in the health of British politics and the future of the left globally – should be celebrating his victory is because he is so electorally toxic.

Electing Corbyn is a necessary “scorched earth policy”, as some Labour politicians glumly refer to it behind the scenes. Having Corbyn in charge will eventually lead the party and its members to accept that lurching to the left won’t wash with the British electorate, and will push them rethink the party’s direction and image. Today’s results are the political equivalent of pressing a giant “reset” button.

Corbyn’s eventual electoral failure will be the wake-up call Labour needs following a catastrophic election result in May, under the leadership of the soft-left Ed Miliband, where it haemorrhaged 40 of its 41 seats in Scotland – a trusty heartland of Labour voters – to the nationalist Scottish National Party (SNP). It also lost seats all over England to the Conservative party, and saw the right-wing nationalist UK Independence Party (Ukip) eating dangerously into the northern blue collar it could once rely upon for guaranteed support.

This patchwork of defeat has led to an identity crisis within the party. Some, like Corbyn and the party members and supporters who voted for him today, erroneously believe Labour lost the election because it was not seen as left-wing enough and failed to provide an alternative to the Conservatives’ austerity programme.

Others, including a majority of the party’s MPs, correctly conclude that both Miliband’s lack of popularity (he languished at the bottom of opinion polls) and his economic policy – which involved spooking business with market interventions, and the economics of envy with policies like the Mansion Tax – scared the conservative British public.

If the electorate couldn’t stomach Miliband’s piecemeal leftist economics, then there is no way it will risk voting Corbyn Prime Minister in the 2020 general election when he supports radical proposals like “people’s quantitative easing,” which would have the Bank of England print money for infrastructure projects.

Corbyn’s reputation as an old-fashioned socialist – he frequently sports a little Lenin-style flatcap and leads sing-alongs to the Red Flag at his rallies – would be enough to put off British voters. The tabloids’ insistence on labelling Miliband “Red Ed” was damaging enough to damage his chances, and it’s rumoured the Conservatives have a folder 90 pages thick of things to throw at Corbyn; rumours that are easy to believe considering Corbyn has previously called representatives of Hezbollah and Hamas “friends”, and shared platforms with anti-semites.

A traditional, dogmatic left-wing agenda will not win in the UK. But it is only by letting Corbyn have a go at steering the party away from the pragmatism and centrism of its New Labour days under Tony Blair and Gordon Brown that the confused party will have the proof they need to right the ship.

After losing so many voters across the political spectrum in the last election (middle-class progressives, working-class conservatives, first-time voters, the elderly), there are too many competing diagnosis of Labour’s ills to convince Corbyn supporters that his solution is the wrong one. Let him have a go, and prove the anti-Corbynites right.

And it’s not just Corbyn supporters who need to learn their lesson. Those who were supposed to articulate an alternative to the Corbyn dream of Labour’s future have failed in their duty. His opponents, Yvette Cooper, Liz Kendall and Andy Burnham, have all been robotic, uninspiring, negative and vague. “The other candidates have a lot to answer for,” a shadow cabinet minister who is far from a Corbyn supporter tells me. “What have we heard from them? There’s no detail, and no vision.”

A grumble among some Labour insiders is that the quality for which Miliband was most revered – keeping his party united after the tempestuous years of Blair versus Brown – actually delayed his party fighting the internal battles it needed to fight a long time ago. Lucky for Labour, it has now chosen a leader who will inevitably evoke a war to end all wars.

Anoosh Chakelian is deputy web editor for the New Statesman 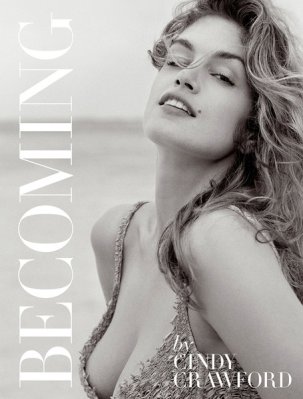 7 New Books for Fashion Week
Next Up: Editor's Pick