Everything looks generally dandy for Laney (Sarah Silverman) in the first half of the trailer for I Smile Back: a big house in the suburbs, doting children and an adoring husband. But the somber soundtrack and occasional tic on Laney’s face–smiles she’s working a little too hard to keep from disintegrating into frowns–suggest that all is not quite as it seems.

The trailer’s second half clues us in to all the ways in which it’s not. I Smile Back is a drama about addiction and mental illness, a 180-degree turn for Silverman, who has made her career as a comedian. Early reviews of the film, which premiered at Sundance and will screen at the Toronto International Film Festival this week, laud Silverman for shedding virtually any trace of her sardonic humor and giving an engrossing, no-holds-barred performance.

I Smile Back, which co-stars The Good Wife’s Josh Charles as Laney’s husband, hits theaters Oct. 23. 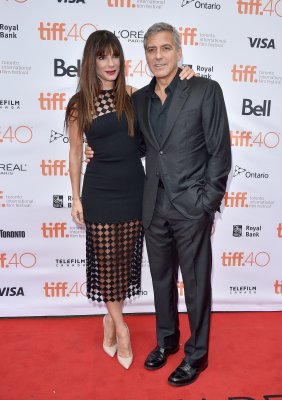 Clooney: Hollywood Should Rewrite Men's Roles for Women
Next Up: Editor's Pick