Will California’s Governor Approve a Right to Die?

The California Senate approved a controversial bill Friday that would legalize physician-prescribed life-ending medication for terminally ill patients. The focus now moves to Gov. Jerry Brown, who has yet to indicate where he stands on the issue.

“You’d need some kind of séance to figure out what he’s going to do,” says Jack Citrin, director of the Institute of Government Studies at UC Berkeley. “He plays his cards very close to the vest.”

The End of Life Option Act, which stalled in the legislature earlier this summer, passed the Senate 23-14 Friday and allows patients with six months or less to live to obtain medication to end their own life. The measure is largely based on Oregon’s so-called Death With Dignity law and was reintroduced during a special legislative session in August. Now, it’s up to Brown to either sign the bill, or exercise his veto — and his position on the bill is largely unknown.

The legislation is one of the most contentious to come across Brown’s desk in years. The practice gained momentum nationwide after Brittany Maynard, a 29-year-old Californian diagnosed with terminal brain cancer, moved to Oregon to take advantage of the state’s right-to-die law. If approved, many aid-in-dying advocates believe it could signal the beginning of a number of other states around the U.S. approving the practice, which is only allowed in Oregon, Washington, Vermont and Montana. “We are optimistic Gov. Brown will sign this law because he is a compassionate person who understands Californians in agony cannot wait another year,” Barbara Coombs Lee, president of Compassion & Choices, a right-to-die advocacy group, said in a statement.

The one driving force for Brown on this issue be his faith. Brown is Catholic, even at one point considering becoming a priest. One of the practice’s most strident opponents is the Catholic Church, which helped stall the legislation earlier this summer. “He’s essentially a former seminarian, but when you ask if he’s Catholic now, he goes into the parsing of the word and what that means,” Citrin says.

At the same time, Brown is currently courting the Catholic church to partner with him on reducing greenhouse gas emissions, and he may be wary of alienating would-be advocates. “He’s in an interesting dance with the Catholic Church,” says Gar Culbert, a California State University-Los Angeles political science professor. “He wants the church to participate in advocating for policies that are environmentally friendly, so he wants to stay on good terms.”

The bill enjoys the support of most of Brown’s constituents, according to recent polls. An August survey conducted by IGS found that 76% supported aid-in-dying in some form. But Brown is often considered an introspective, philosophical governor who doesn’t necessarily follow polling numbers — especially not now that he’s a second term governor prevented from re-election due to term limits.

“One thing that’s clear, he’s not going to make this decision based on political pressures,” says Thad Kousser, a political science professor at UC-San Diego. “This is a guy who quotes philosophers at cocktail parties. His moral compass is complex and he’s not going to be looking over his shoulder at the polls.”

The one thing Gov. Brown’s office has said about the issue dealt more with procedural issues. The right-to-die bill was reintroduced during a special legislative session called to address health care financing, and a Brown spokesperson said the session was an inappropriate venue to re-address the bill. But Citrin says that’s unlikely to sway his opinion. “That would simply mean [the legislature] would have to take it up again, and it’s unlikely the result would change,” Citrin says.

Gov. Brown has until Oct. 11 to sign any bills approved in the special session, a full month for the governor to figure out where he stands.

“Gov. Brown, more than any other official I know, really concerns himself with the philosophical and moral overtones of an issue,” Culbert says. “This is the sort of issue that he’s going to spend some time thinking about.” 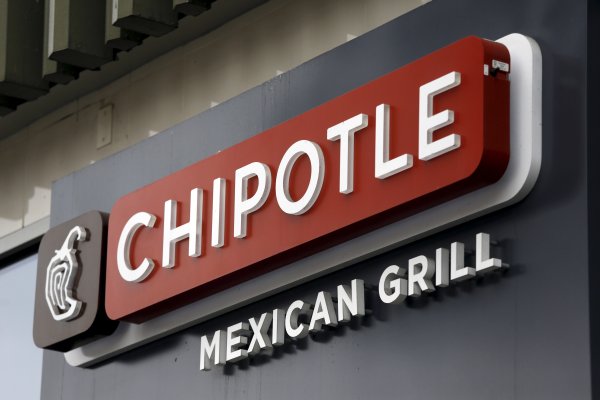 Minnesota Salmonella Outbreak Linked to Chipotle
Next Up: Editor's Pick