Former Texas Gov. Rick Perry became the first GOP candidate in a field of 17 to end his candidacy for the White House Friday.

In a speech to the conservative Eagle Forum, Perry, who has been hamstrung by falling poll numbers and meager fundraising, announced he is suspending his presidential campaign.

“Today I am suspending my campaign for the presidency of the United States,” Perry said. “We have a tremendous field – the best in a generation – so I step aside knowing our party is in good hands, and as long as we listen to the grassroots, the cause of conservatism will be too.”

Perry, whose “oops” moment in a 2011 primary debate transformed him into a nationwide joke, had come along way since being forced to drop out in 2012 after poor showings in the Iowa caucuses and New Hampshire primary. Perry prepared for the 2016 campaign by boning up on policy and allowing himself time to recover from a debilitating back injury that he said hampered his performance. But those efforts could not overcome the public’s first impression of his candidacy.

“I share this news with no regrets,” Perry said. “It has been a privilege and an honor to travel this country, to speak with the American people about their hopes and dreams, to see a sense of optimism prevalent despite a season of cynical politics.”

Perry’s exit is the surest sign yet that super PACs only go so far in the modern political era. Perry’s group, the Opportunity and Freedom PAC, raised millions to boost his candidacy, but Perry proved unable to raise traditional hard dollars from donors, making his candidacy untenable. His failure to make the primetime debate stage at last month’s Fox News primary debate in Cleveland only exacerbated the problems, and he was forced to ask his staff to work without pay. Soon after, his Iowa co-chair Sam Clovis decamped for Donald Trump’s campaign.

Perry, meanwhile sought to gain attention by going after the bombastic GOP frontrunner. But the effort proved to be too little, too late. 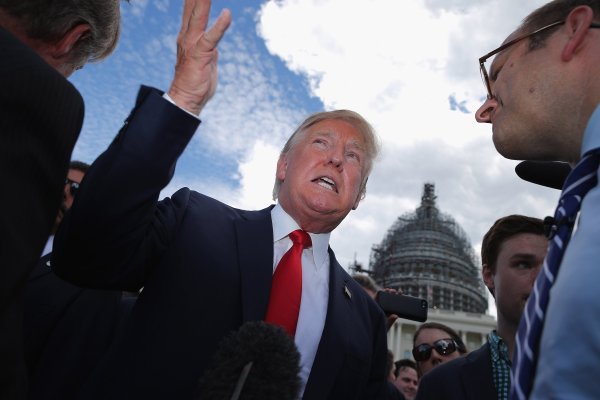