The New York Police Department released video Friday afternoon of an officer tackling former tennis star James Blake outside a Manhattan hotel on Sep. 9 after apparently mistaking him for a wanted criminal.

The video shows Blake leaning against a wall outside the hotel when a plainclothes officer rushes from the sidewalk, lurches Blake to the side, pins him to the ground and secures his hands behind his back.

“I am determined to use my voice to turn this unfortunate incident into a catalyst for change in the relationship between the police and the public they serve,” Blake said in a statement. “For that reason, I am calling upon the City of New York to make a significant financial commitment to improving that relationship, particularly in those neighborhoods where incidents of the type I experienced occur all too frequently.”

The NYPD says the takedown of Blake—who is mixed race—was a case of mistaken identity, but the incident has resurrected questions about racial profiling and the use of force by New York City police officers. The NYPD opened an internal investigation into the use of force, and the officer has been placed on desk duty.

Deputy commissioner of public information Stephen Davis said in a statement that the NYPD Internal Affairs Bureau interviewed Blake on Thursday night. The police department released this footage, taken outside the Grand Hyatt Hotel in New York, and provided a copy of the video to Blake’s attorney. 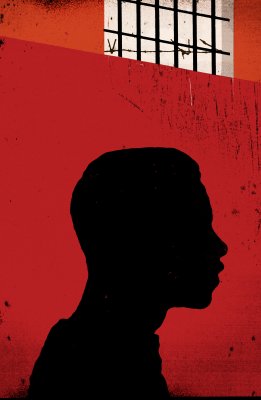