Causal fans won’t recognize Vinci, a 32-year-old from Taranto Italy, who was ranked No. 43 in the world in September. She has a career record of 512-353. (For comparison: Williams’ current record is 737-122.) Up until this game, Williams had never even lost a set to Vinci.

That’s not to say that Vinci isn’t a formidable opponent. She has especially shone playing doubles. She has won 25 career doubles titles, including five majors. She’s also one of the few women who has a one-handed backhand.

Vinci is as surprised as any of us: she said in interviews that she didn’t expect to make it to the semi-finals at all. She certainly won new fans with her charming interview with Tom Rinaldi after the match, in which she called her win the “best moment of my life.”

Vinci has said she’s at the end of her career. She has never played in an Open final before, but she will get her chance on Saturday against fellow Italian Flavia Pennetta, who upset No. 2 Simona Halep earlier in the day. 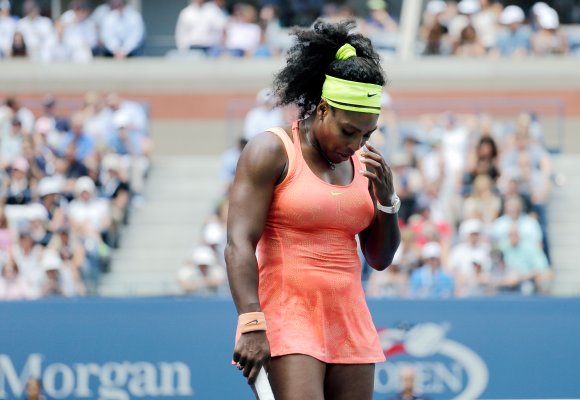