Roberta Vinci will move on to the U.S. Open finals after defeating Serena Willaims 26-64-64 in a shocking upset.

Vinci’s odds of winning were estimated to be 1 in 300, according to SI.com.

Vinci’s victory ends Williams’ 33-match winning streak at the Grand Slams. Williams had a shot at becoming the first player to collect all four Grand Slam titles in a single season since Steffi Graf in 1988, the Associated Press reports.

Vinci is now the lowest-ranked U.S. Open finalist since Williams’ sister, Venus, in 1997. Serena beat Venus is a match earlier this week.

“Today is my day,” Vinci said in a post-game interview.

“She played literally out of her mind,” Williams said after the match. 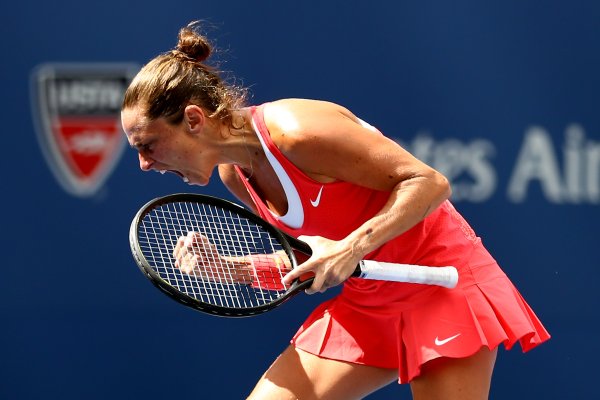 Meet the Woman Who Just Beat Serena Williams
Next Up: Editor's Pick