New iPhone's Coolest Feature Will Eat Up Your Phone’s Storage

Of the many new features of the iPhone 6s and 6s Plus, Live Photos is one of the coolest. The new iPhone’s camera will be able to take rapid-fire photos just before and after a shot to create GIF-like animations that bring the pictures to life. There’s just one catch: these animated photos will take up twice the space of regular photos, an Apple spokesperson confirmed to TIME.

While making a high-resolution moving picture take up the space of just two still ones may be an impressive technological feat, it could leave users with the 16GB model of the new iPhone scrambling to free up space sooner rather than later. The adoption of 4K video on the iPhone 6s will also make space a tight squeeze on entry-level phones. Apple has stuck with the 16GB of storage for the base iPhone model again this year despite a growing chorus of people calling for the company to expand the device’s memory.

Apple is also selling the iPhone 6s and 6s Plus in 64GB and 128GB models. For the space-conscious, the Live Photos feature can be turned off at any time. 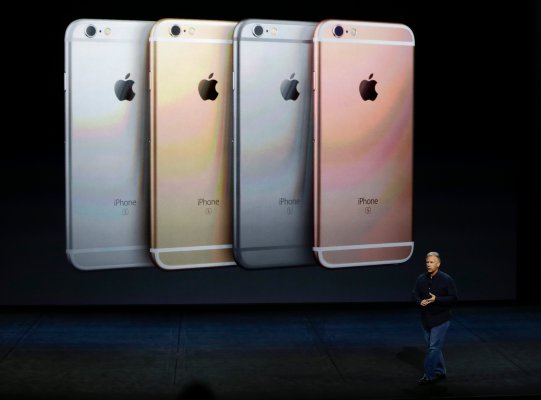 Apple Exec Explains Why the New iPhone Has to 'Read Minds'
Next Up: Editor's Pick